I don’t do New Years. It is amateur night for me. Having lived for years 3 blocks from Times Square, and then right next to Tower Bridge on the Thames, it is the invasion of my space by drunkard hordes of the bridge and tunnel crowd, on a night when even my local pub is charging 50 quid for me to get in. A night of fireworks upsetting the family dog, regretful clinches, and another year closer to the grave.

I did, however, come up with New Years resolutions, effectively a To Do list for the year. And I love TO DO LISTS.

I used to do a lot of charity work as part of this, one year for a Mexican orphanage in Oaxaca, another for a childrens charity that helped children in Africa, and the poorest of East Europe, and then there was the sponsorship of baby elephants orphaned by poachers via the Sheldrick Wildlife Trust, and of course, dogs at Battersea, and horse and donkey sanctuaries too.

In 2007, still living in Manhattan, for one year, I decided to do something for me, and so I came up with the idea of travelling the world to see my favourite works of art. And, given they could be at the Prado,  or the Met,or the Frick, the Guggenheim, Moma, or the National Gallery, the Chicago Institute of Art, the Vatican, the Musee D’Orsay or the Louvre or the Rijksmuseum, it would take a lot of planning. To do this,  naturally, I needed to come up with the list of my favourites, which turned into a 3 month exercise talking to people and researching. I got up to 100 pieces on the list, and that year I managed to see sixty. Some were not being exhibited, some in private collections. But I did it, and I loved the self-indulgence of the exercise. Art is a lie that makes us realise the truth. 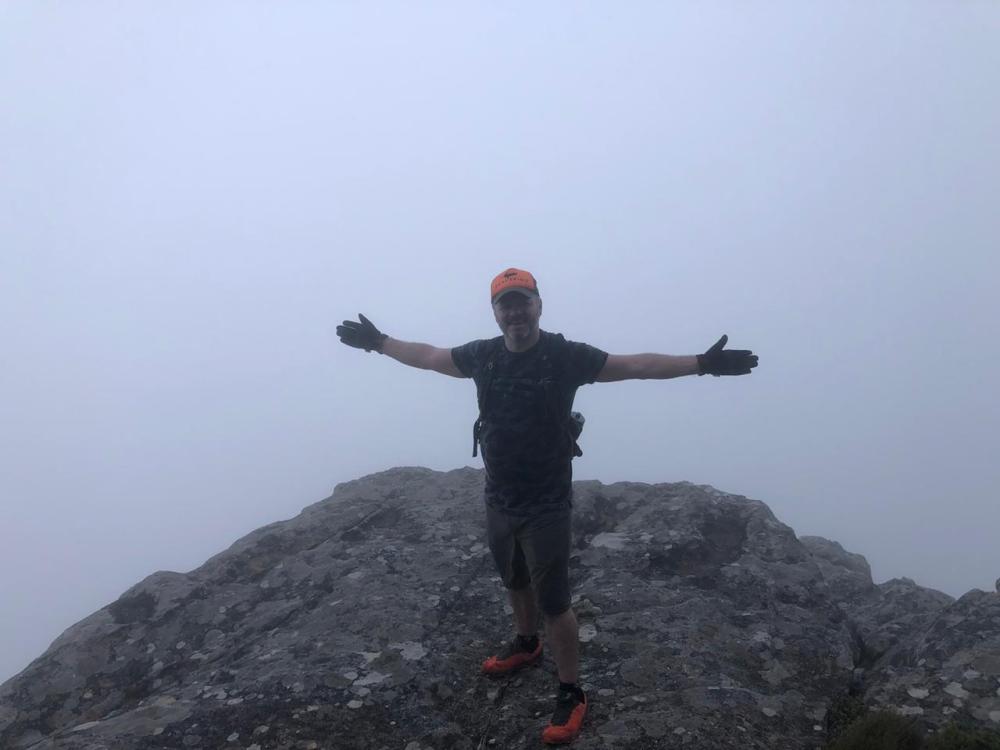 I wanted to see the Northern Lights, and flew to Iceland, staying in the middle of nowhere and being called by the staff of the hotel when the aurora borealis appeared overhead, green and yellow, dancing in the night sky. I wanted to find and then photograph bioluminescent plankton, and so headed to the Indian ocean, spending time on a couple of boats before settling on Kuramathi for a lecture on the topic, without actually getting to see any.

And finally, to see an Asian lantern festival, the kind that happen on a beach, where people put wishes into paper lanterns that have candles attached, where the lanterns fill the sky. Although, when the damage to local wildlife was described to me, I crossed that one out firmly. But you get the idea. There were things I wanted to see, that were extraordinary, outside of my day to day, and experience. Stunning natural sights… which brings me onto…

It was the evening before, as I looked out of the window of my Travelodge hotel room, at the wild skies being dragged overhead by Storm Francis as rounded pink families waddled into the Toby Carvery in the adjacent lots for their eat out to help out discounted bucket of swill, that I thought to myself, I need to fix this.

The number of SVN races where I just gave up after 10 miles or a half, including the Hobble Bobble in December on this exact route. I needed to fix this. And fix it so I never need to come back. 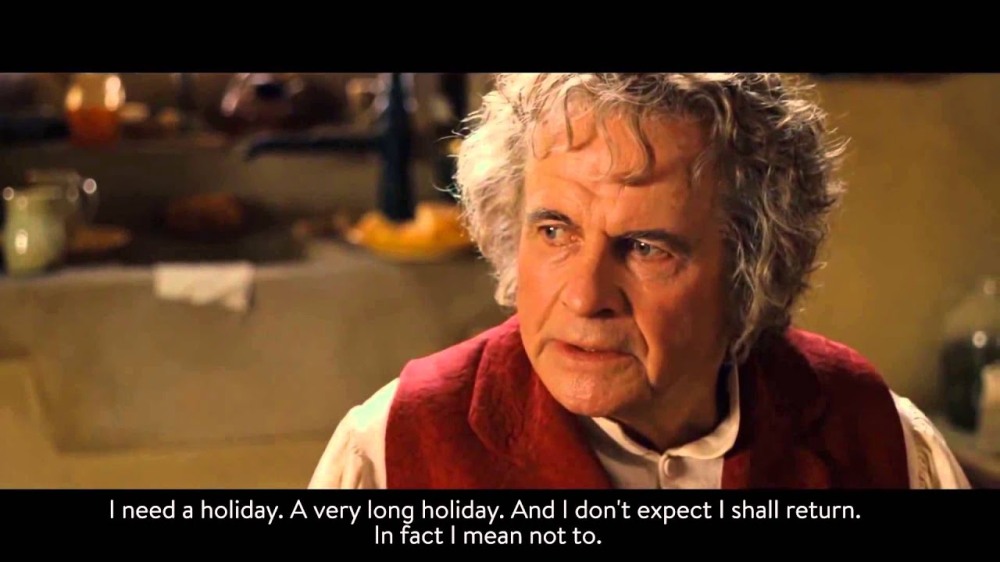 It was 7.30am and I was back in the old car park of the Cyclopark, before they built the shiny new one next to the shiny new sports centre. And as I looked around at those running 20 marathons in 20 days, the Tears for Fears song came to mind, and no not the running one.  It was…

All around me are familiar faces
Worn out places, worn out faces
Bright and early for their daily races
Going nowhere, going nowhere
Their tears are filling up their glasses
No expression, no expression
Hide my head, I want to drown my sorrow
No tomorrow, no tomorrow

Why return to Gravesend? It’s a maaaad world

I would be following JK, who ran at the weekend, and Crazy Baz who ran on Monday, I seem to believe, in running what would be a second marathon in August. Things perhaps getting back to normal, or the new normal, whatever the fuck that is. I had my temperature checked and before you ask it was not a rectal thermometer (ooh, Matron), it was one of those electronic ones that you can point at a forehead to find out if you have space aids or not.

No cups.  But a lot of races do this and I had my collapsible cup in my bag, also taking a bag of Squashies despite the efforts of Ocado, who didn’t bring them in my weekend shop, and a bright yellow Ernst and Young cooler bag with ice packs in it keeping two cans of drink cold for me.

These races ordinarily start at 9, after the briefest of briefs, but with COVID and social distancing it was decided by the organisers that they would stagger the start from 8 til 9. I was there at 730 and, after stripping down, chatting with a few people, Traviss, the RD, asked if we wanted to head out. It was a quarter to 8.

Now I don’t want to bore you with the race detail. It was 8 laps of 3 and a bit miles. It would an elongated loop up through hedged paths to a motorway bridge, across the bridge, across the next bridge, a rail one, down to a road, turn at a cone and go back across the bridges, before down and onto a long there, making a U-turn at the end and back to the start. It was the Gothic Challenge. It was Hobble Bobble. Or the Punk Run. Or the Bowie themes Music Legends race, just in the summer and with probably no more than 30 runners.

I got to half way pretty quickly and easily. Traviss had now progressed to using an iPad to track the runners and their laps rather than having a marshal punch a hole in your lap card. Each time I arrived at the turn, a garden gnome (I shit you not) with a buff around it’s head, he raised a finger. It was Yul Brynner in the Magnificent Seven, counting up the recruits, just behind a pasting table covered in large medals and jugs of squash.

Lap 5 was the last one I was happy with. 6 I discovered my new Coros running watch let me create intervals on the fly and so I changed to a 4:2:4:2 (Grimsby’s best formation) and ran walked it in. I had already downed my cans of drink and was now on the squash, feeling my fingers swell and resemble Walls Bangers, chatting with Traviss and discovering I had a lot of time and could just walk it in. 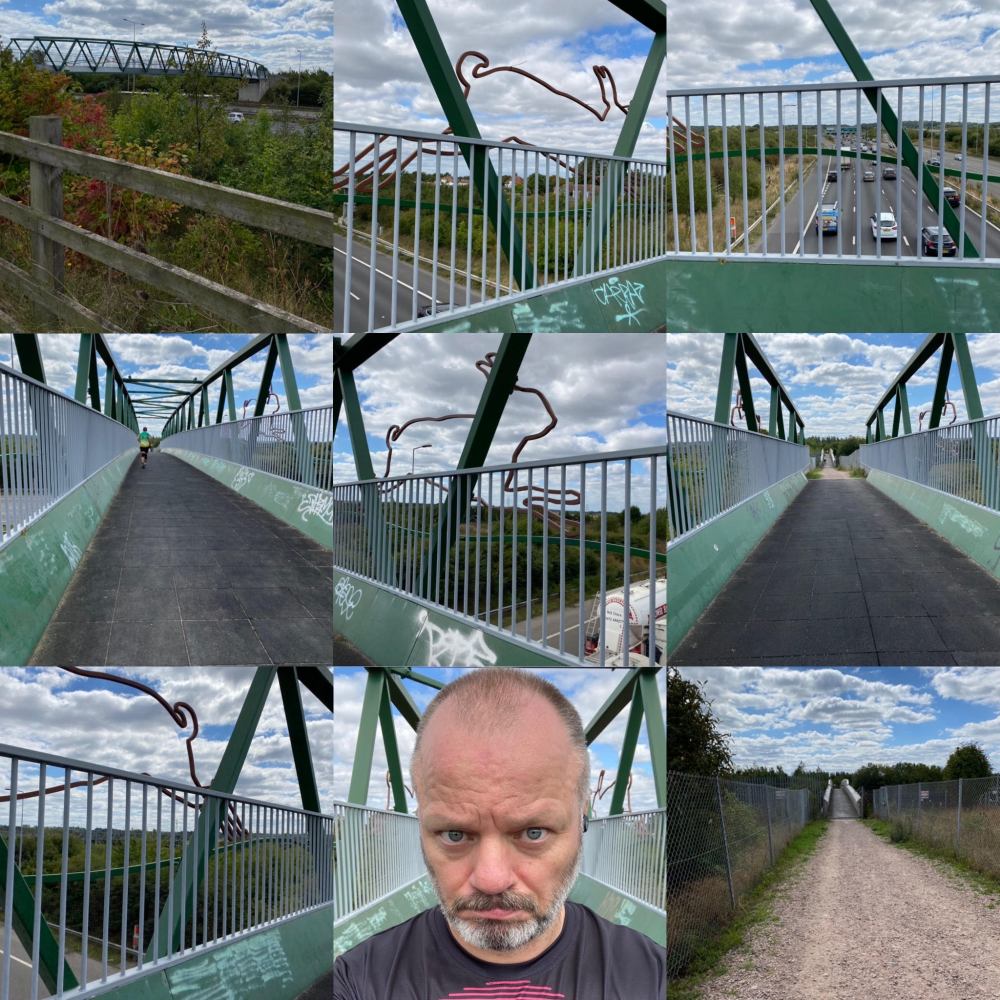 And it was about half a mile into lap 7 that I decided that I would do just that, head down, grumpy, praying for a zombie apocalypse or a precise asteroid strike for a whole lap before picking up my phone and heading out for one last hurrah in the Cyclopark.

And then on the final lap, just wanting to be done, an old man stopped me to ask about the race. I was hurting but you can’t be rude, even if he then did go on.

OLD MAN – WHAT CHARITY IS THIS FOR?

ME (Taking out headphones) – SORRY?

OLD MAN – WHAT CHARITY IS THIS FOR?

ME – IT ISN’T FOR CHARITY. SAYING THAT SOME MAY BE RUNNING FOR A CAUSE, BUT I AM NOT

OLD MAN – HOW FAR ARE YOU RUNNING?

ME – YOU NEVER KNOW, YOU COULD HAVE A COMEBACK.

ME – NO I CAN SEE IT NOW. YOU WILL BE THE LIONEL MESSI OF THE OVER 80s DIVISION. ANYWAY I NEED TO KEEP RUNNING. HAVE A GOOD DAY.

And with that I ran back down to the course and didn’t stop until I hit the pasting table for the last time, collected my bling and swore that I would never be back again.

And that was it, I managed to head to Gravesend and complete another marathon, deciding it would be my last there. They say that difficult roads lead to beautiful destinations. Not in this case. It was just too grim. I really didn’t enjoy myself and hoped that the rest of the year would be much much better. And lets be honest, it couldn’t be worse.

It will be at the bottom of the Scores on the Doors, as there was no goodie bag, and the course was even worse than normal BUT I am glad I did it. And I will appreciate marking #47 off of my 100 Marathon Club quest and look forward to races with more varied views in the future.

Next up: The Vilnius Marathon