I do. I love Switzerland. I love the food. I love the mountains, even when climbing them. Ultraks and Lucerne may not have been my best races but I certainly got some great race photos out of both in 2017 and had a thoroughly wonderful time.

So when I planned a trip to Zurich for New Years Eve I had to check if 1. there was a parkrun (there wasn’t) or 2. there was a race. And Lo and behold there was the New Years Eve Marathon, Half and Quarter marathon (not a 10K, oh no, a quarter marathon). It had appeared on a few race websites that I read, listed for its unique timing more than anything. So there was nothing I could do,  I had to run it. BOSH! ‘Ave it! How often do you get a chance to run a marathon starting as the clock strikes midnight?

This Blog by Aussie in Paris Julie was one of the few accounts of the race and convinced me, along with a 5 hour cut off, potentially on snow, and 10.5K laps, to drop down from the Full to the Half (although I would ultimately drop even further to the quarter marathon). And, before you ask, yes, I did hate doing that for my first race of 2019, but I just think it would be less fun being there after finishing at 5am and then having to get back to the city on New Years day when there were no trains and besides… 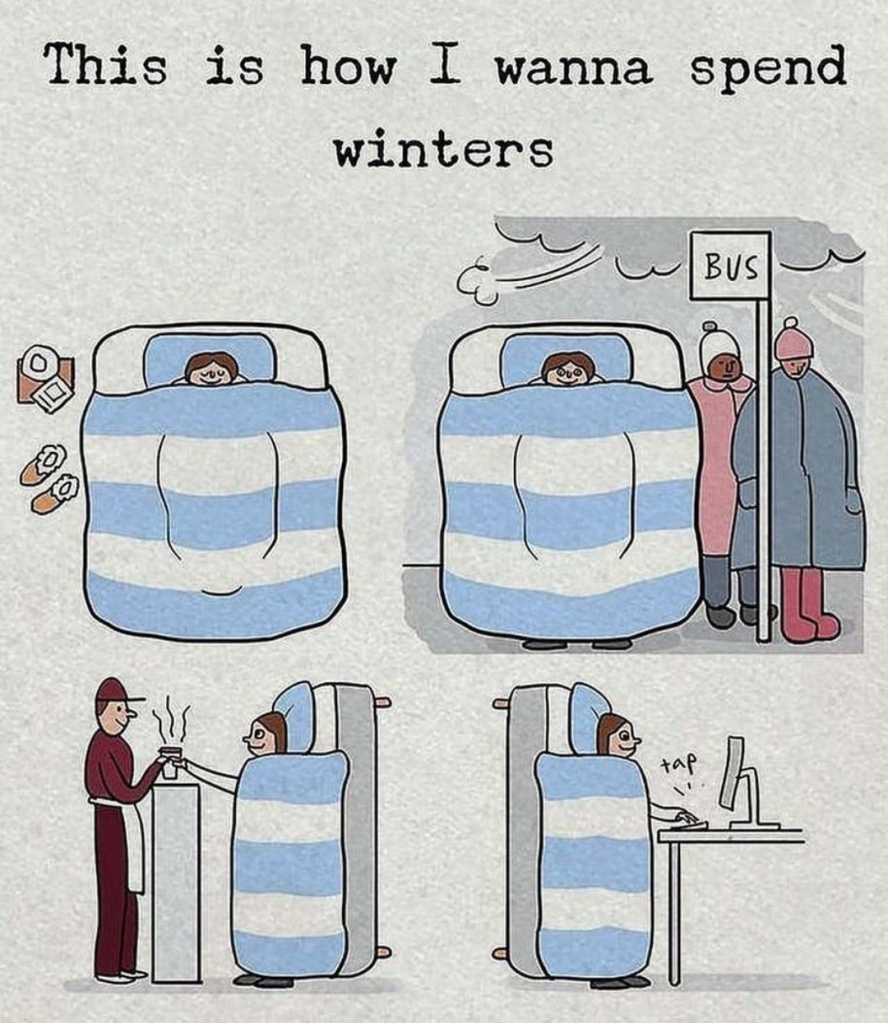 And so to the race. About 9K away from Zurich, Schlieren is just too far to walk from the Old Town, and is a very short 6 CHF train ride away. 3 stops. And the Swiss trains are very efficient. So you are there in 10 minutes from the main train station. The trains are fast too. You barely have time to evaluate your life choices, and question whether you should be joining the throng heading to the lake to see the fireworks, instead of running a race.

After a 10 minute walk from the station (once you are going in the right direction), and arrival at the sports hall it stopped being why would I do this, and the question quickly became why  would 3000 runners from 50 countries, as far flung as Australia, convene in a sports hall 5 miles outside of Zurich on New Years Eve? The answer was in the spiel the bi-lingual MCs spouted over the PA system for two hours leading up the Zurich Neujahrsmarathon – it was the first marathon of the year in the world, and thus the winner would, until the following Saturday at least, post the fastest marathon time in the world. Me? I was happy with my earliest in a year being on the 5th January in a freezing cold Kent country park. But then, what do I know?

Although, looking back and thinking that yeah, this was kind of cool, it seemed well organised in it’s 15th year, the emails were forthcoming, there were plenty of helpers in the race tops, the blue logo adorned carpet leading up to the finish/start arch and all-important timing mats, a cake stand, insurance company sponsored goody bag (protein shakes, and chocolate), race photos, the reality of all of it was a bit grim. Sure, outside of the sports hall there were burning torches, fireworks, more pyrotechnics at a couple of places on the course, but the rest was a bit sub par. 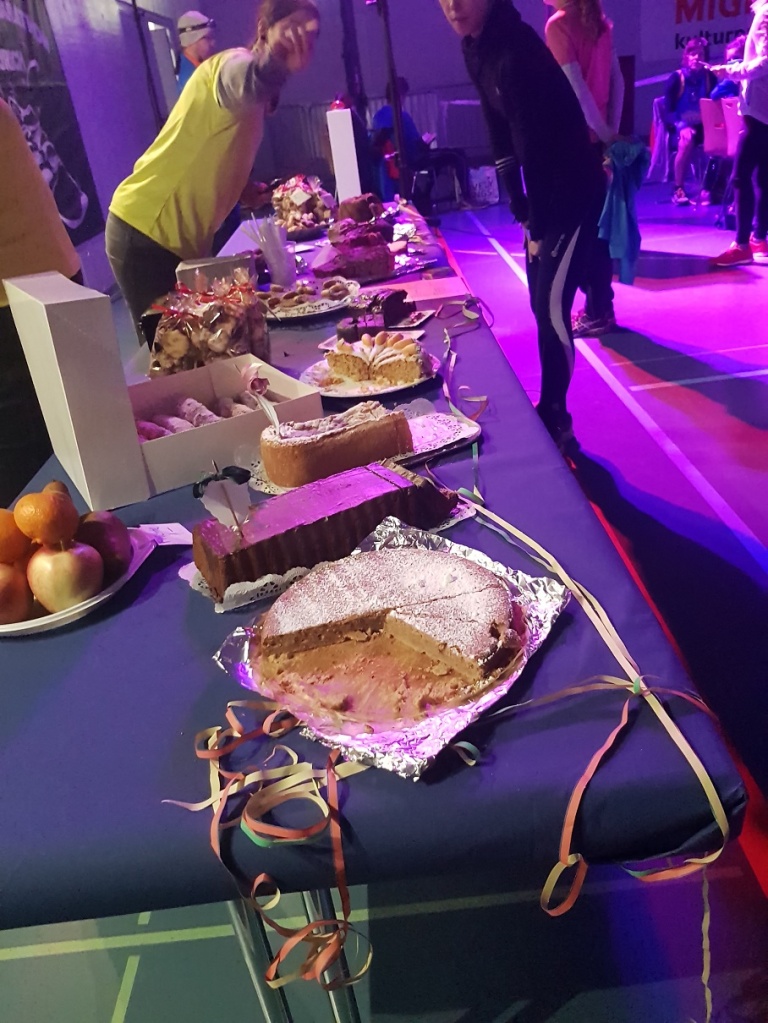 I had booked myself (somehow) on the race twice and, when I picked up my bib at the well marshalled registration desk, I was refunded in cash. A nice gesture. A lot of races would not do that. The lady handed me 65 francs without question. As I said, the packet pickup was easy, there were changing rooms, toilets, you could leave your valuables in tied bags at the information desk but there was no manned bag drop. This was the case at the the Swiss City Marathon too. The Swiss are just so trusting. A cake stand was popular but I did not partake. A SLR camera was set up in front of a banner of the race logo, with a big red button for old school selfies. Thousands sat around for an hour plus just waiting for the clock to strike midnight.

In the end, after getting called to our feet, the favourites announced over the tannoy, and everyone getting excited as the countdown coincided with the explosions of fireworks across the continent, it was the course that let this race down. In the simplest terms and most convenient definitions, the Zurich News Years marathon is four loops, along one side of a river in pitch darkness on an uneven, pot hole and puddle pocked tow path too narrow for the number of runners that start, across a foot bridge, and then back along the other pitch dark, muddier, more uneven side of the river to a second bridge.

At the 5K mark burning torches and a neon clock highlighted a timing mat and a checkpoint with water and at two further points (near more burning torches) photographers captured what would, I am sure, be pictures that captured what looked like a firework and fire illuminated fun time, and one that is far from reality.

It was crowded, far too crowded for the route certainly for the first lap, basic, and not worth the money. It was a night time, international Phoenix, Saturn Running or SVN lap race, just without the huge bling, sweet shop CP and boozy tuck shop goody bag. And it was very crowded. When you look on the website, the number 500 is mentioned, but that may just be the brave (???) souls who completed the four laps needed for their first marathon of the year. I would estimate, based on the numbers at the start, that closer to 2500 started, I was number 1031, and it meant that the first lap we were 5 abreast at times, running into each other as people leapt or dodged to avoid an early bath in a puddle. People ran up the sides to get by, precariously close to the edge of slopes down into ditches on one side and the river on the other. And all the time you are watching the ground for orange spray painted trip hazards (of which there were hundreds upon hundreds). I am very surprised I didn’t see anyone going arse over elbow and tripped myself around the 7KM mark.

One of my two entries was for the marathon (insert the emoji that looks like Edvard Munch’s The Scream) but in the email you are told that, due to the nature of the course, you can drop down to a lower distance. I should have questioned that. Why? Oh yes, it is shit. The half was 2 laps, the quarter one lap. And that was what I did with many, many people. I had experienced enough of the Zurich New Years marathon/half/quarter on the first lap to realise I did not need to endure anymore and get stuck on the outskirts of Zurich at stupid o’clock in the morning for this. It was all a bit shit.

The t-shirt was optional. I chose not to get one. It looked very much like the Bacchus tee, the white one from a few years back that I subsequently donated. The medal is also optional, and when I stood by the pile of bling at the start/finish line waiting for the clocks to strike midnight and the fireworks to start, I noted there was clearly not enough to go around. And maybe this is the way forward for all races. Maybe this is the takeaway point. Compostable cups instead of bottles, optional extras. I know plenty of people who care about the bling, but I am increasingly speaking to people who care more about their race footprint on the planet. The stats on clothing wastage is appalling. Just check Rerunclothing.org. 300,000 tonnes of used clothing go into landfill in the UK each year, 60% of runners have 10 or more race t-shirts and how many do they wear? Me? My Portland Coastal, Comrades, RTT series and HOTH tees do, but how many does that mean sit in the running kit drawers before I ultimately bin them or donate?

A lot of people joined me in voluntarily tapping out at the ¼ stage and I am very glad I did. The S-Bahn stopped running between 3am and 5am. After just missing one, we only needed to wait for 20 minutes at a freezing Schlieren station before the next drunken reveller filled double decker train arrived and belched its stomach of boozed up people onto the platform, and then home, shower and cuppa before bed and reflection on the race.

The race was just too crowded for photos. Most are in a huge bucket labelled “unidentified”. Only 4 of me, and one where I look like I am a mountain man. None good. But wearing 3 tops to stave off the cold, with an end of year Fisherman’s Friend beard and a Benny hat, that was always going to be the case. Am a bit disappointed but the photographers were at odd angles and in strange places. Sure, they would have caught us coming off the bridge at 9k, or down to the 5K mark, but kneeling down and amongst the crowd we had no hope so the Schlieren platform selfie is the best we have.

I had bought a beanie with a USB chargeable light built into the brim. This would be the first time I used it and it worked really well. Not bad for a tenner from Amazon.

The same bling regardless of distance covered. So this marathon medal goes on the 10K and half rack.

If you want to recreate the experience of this race, I suggest you simply find a muddy tow path, river, canal, and then run it in darkness, headtorch on (obvs), with too many people around you and the occasional loud explosion going on periodically overhead. Do that for 3 or 4 hours and it will save you a fortune. I am sure I will actually have a better experience at the RunThrough race on Saturday in Vicky Park.

If I hadn’t run the race, if I had bailed and joined the hoards by the lake watching the fireworks, I would have imagined it to be the most wonderful amazing race, with fireworks and a pumping soundtrack and big finale and shit. Ignorance is bliss after all. But I am glad I did, so you don’t have to. Look at me, taking one for the team in 2019. I feel that I need to honestly review my races, as whenever I go somewhere I always check the restaurant and hotel reviews before making a decision. And my restaurant choices for this trip were superb thanks to TripAdvisor etc. Think of this as the race TripAdvisor. For timing sure, it is unique, but in all other respects it is poor. Which is a shame, as I wanted to run around the lake, the fireworks in the distance, and enjoy it.

And I loved racing in Zermatt at Ultraks Matterhorn and Lucerne at the Swiss City Marathon so this was a disappointment. Am sure the Zurich and Geneva marathons are worth doing, so am going to add them to the list and keep my fingers crossed.

WOULD I RUN THE ZURICH NEUJAHRSMARATHON AGAIN? NO

WOULD I RECOMMEND THE ZURICH NEUJAHRSMARATON? NO