It is Winter here in Cape Town and so there are precious few races I could find to run, so ended up going a little off-piste and signing up for one of the night runs around a wine farm in Constantia the other side of Table Mountain. The races are organised by Merrell and Sponsored by Black Diamond and are 5K, or 5 and a bit, and 8K, or 8.125K I think it was in the end. They are held at wine farms and include a bottle of plonk to take home for every finisher, burgers and wine, and the chance to buy their headtorches if you need one. Me? After mine broke on the flight over, borrowed a Petzl. 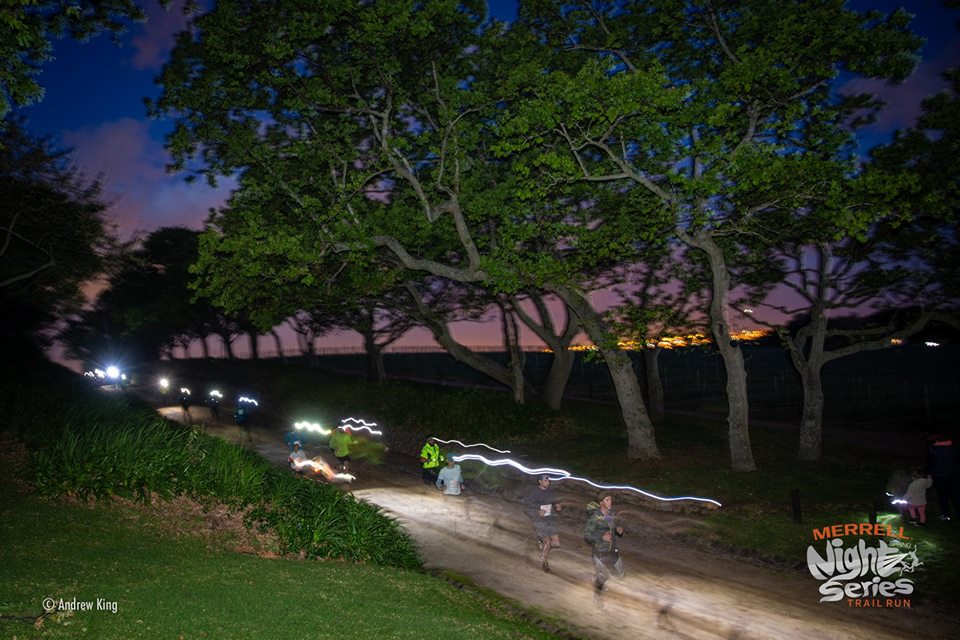 Whoop There It Is

I am still coughing. It has now been 5 weeks and I just went to my GP here to ask his opinion. A chest X-ray, sonorgram, blood tests, and all manner of medical stuffs later and I was in the Sunset pharmacy getting all the meds needed to treat the tail end of Pertussis, or adult whooping cough. It can take up to 13 weeks to go in the end, and includes the lovely chance of pneumonia, fractured ribs from all the coughing, tears in the throat and… I shall stop there. Suffice to say I am in the convalescence stage and I asked if I could run and he said sure, just take it easy. I ALWAYS TAKE IT EASY.

The race is at night, you are encouraged to wear brightly coloured gear and so I decided this would be a good enough outing for my 361 Degree Sensation 3 running shoes that I am giving a go, along with some others, after deciding to have a conscious uncoupling with Ons after they stopped making the racers and never bring their prices down. They are definitely bright colored.

I had only worn them for a parkrun so decided to travel in them here. They are comfy and well padded, support in all the right places so am looking forward to seeing if they could do the trick and be the NEXT marathon shoe.

Getting There and the Thing

When I am in Cape Town I stay in Fresnaye. It is kind of the Real Wives of Orange County up here, just Jewish. The Merrell Night Races are held in Groot Constantia, the other side of Table Mountain. Literally the other side of the mountain, and so to get there for 6 it involved hitting the traffic going one way (all those rush hour commuters desperate to get home) or the other. It meant leaving at 4. 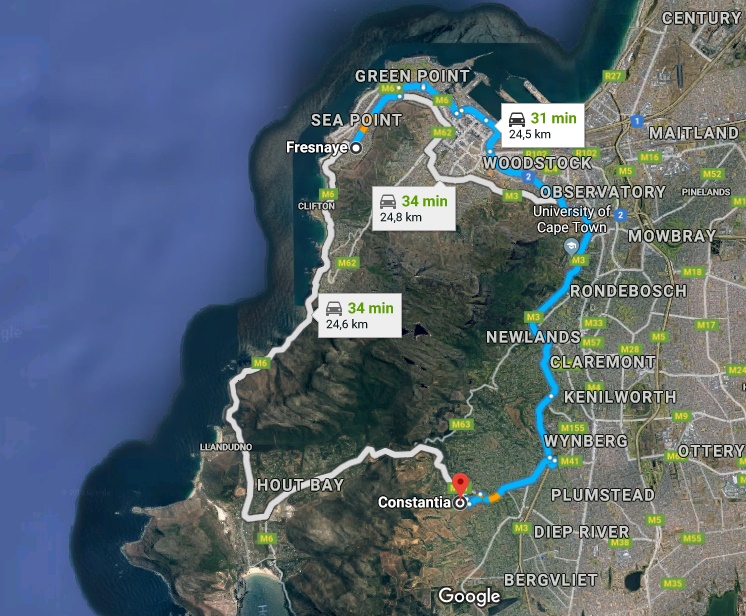 And oh yeah, I did say Groot.

The drive either through Hout Bay one way, or past the airport and the Cape Town University Campus (scene of my Two Oceans Half run a few years back) is pretty simple, you crawl in traffic from time to time, but it is pretty safe. That is until you actually get to the wine farm and are greeted by this. 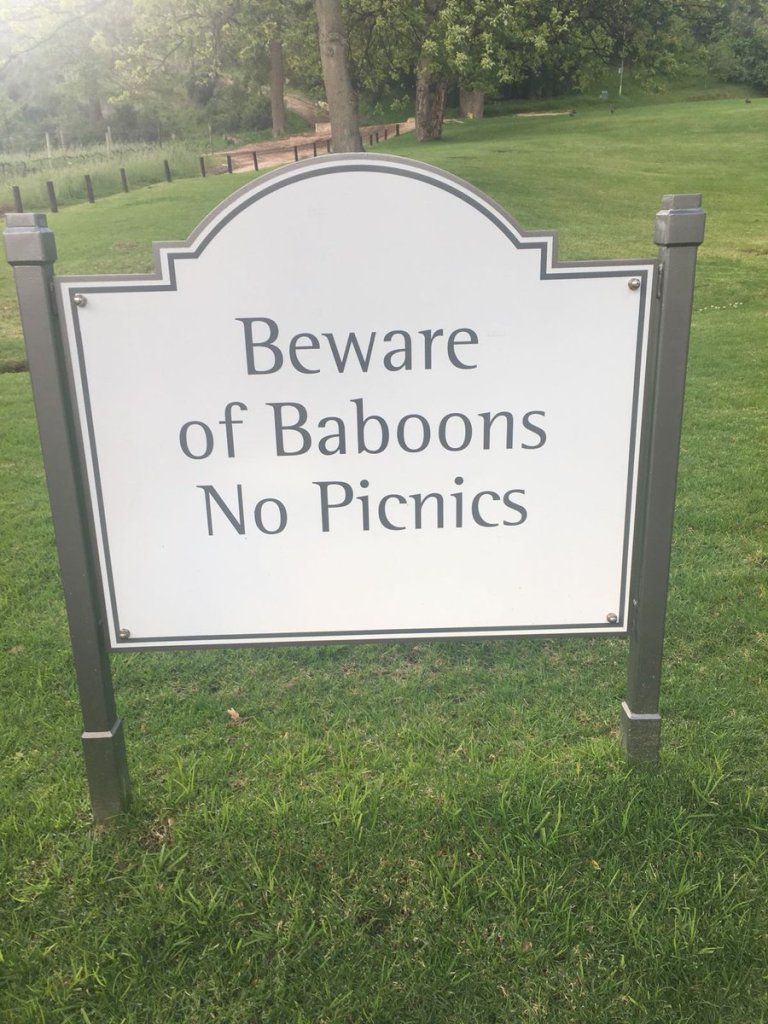 You arrive and the 300 runners start to arrive. They do limit it to 300 but there are still a few On the Day entries available. You chill, get some freebies, and enjoy a glass of Shiraz as you are waiting for the planned 6.45 race briefing. I say 6.45 as they want it to be a night race, and so wait til it actually gets dark. Still. Time to enjoy another glass of vino? I don’t mind if I do. 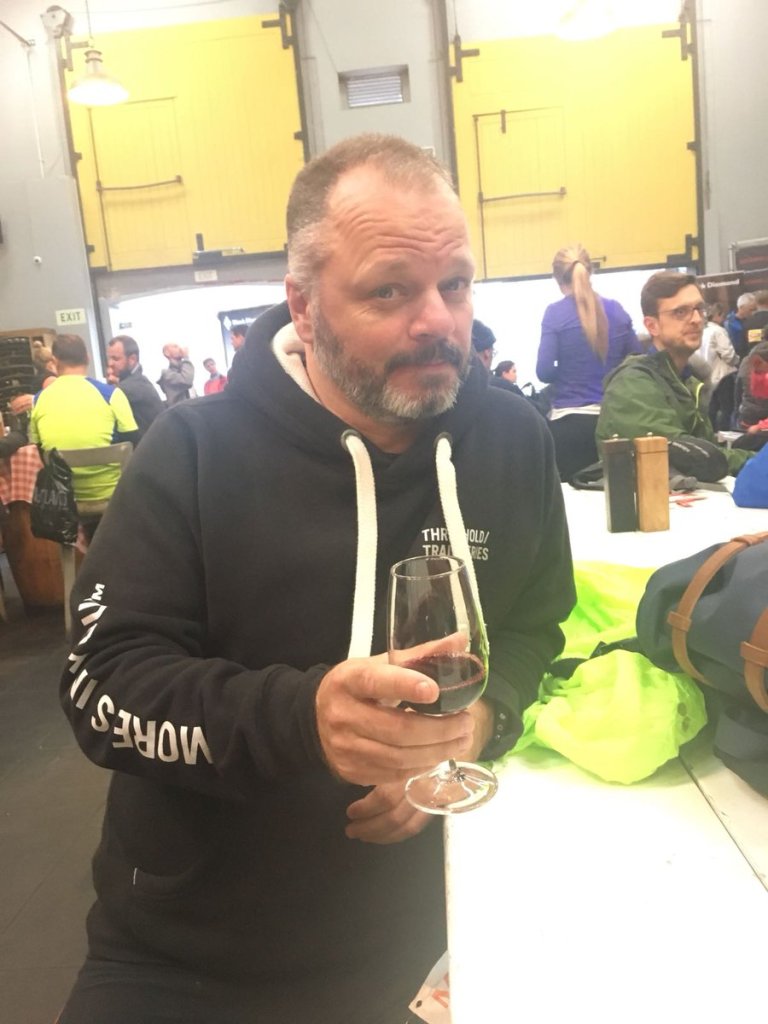 It was pretty chilly and I had planned to wear a long sleeves hi-viz wind cheater but in the end, as I put on my Comrades beanie from last year and the borrowed Petzl I just decided on a tee. The Capetonians are walking around like it is the movie The Day After Tomorrow, but feels like a typical September day to me.

The race briefing talked about the two routes (for the 5K (going off after the 8K had started) and the 8K). There was a split apparently. There were flags and tents outside, a finish funnel not dissimilar to a parkrun despite timing chips, NUUN hydration barrels in one tent. We were to start there, and then head for a loop around the wine farm, then out into a field before a turn, another turn and then back and out where we would pretty much join the  5K route. There was a point where we would see people running one way above us, another way below us, and were told not to take a short cut, as that could mean adding a chunk of distance onto our run. And then, headtorches on, and we were off.

From what I recall, and it was dark, so you will have to bear with me, after the loop of a field (vineyard) where we ran down around the outer edge anticlockwise, where we would turn left, and left at each corner, then down through the middle of it along the path, we hit the first up. There would be a lot of UP in the first half. As I should have remembered from my times running Bacchus, and living in SF and driving through Napa and Sonoma, wine farms are built on hills, lots of them. 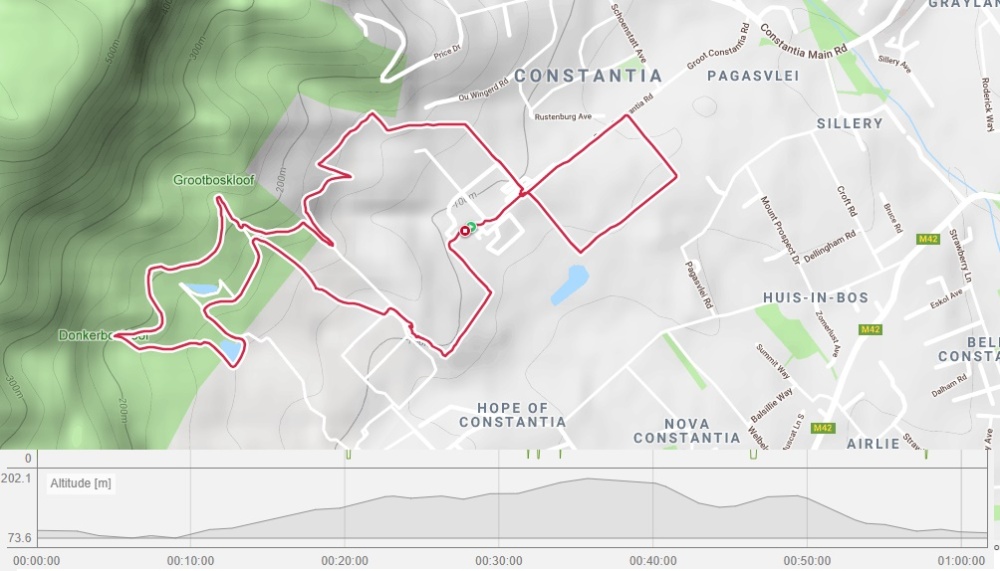 The first 5K involved 230M of climb. You would zig up in the pitch darkness, looking for a piece of reflective tape, then zag up through the next bit of woods or path. We were warned that the electric fence was ON and to be careful when we went through it. That was a bit hairy as it was pretty late and we were all knackered by then.

The paths were wide enough for 4 people to run alongside each other. Some were stony, others sand, or mud soggy after the previous day’s rain. And there were constant bumps, and humps, and gullies, and trenches cut into them, I am assuming for irrigation. It did mean you had to focus on your feet the whole time. Other than the baboons, and porcupines (yes, I saw spines on the path too), and going over the edge the higher we got, there was the more obvious danger of just tripping over and going arse over tit, especially when haring down the paths back to home base and the finish line.

IT WAS HARD. I really felt this one. I haven’t run much for a few weeks, and have barely been running for 10 weeks now. I have been lazing and lounging on this trip and was not hydrated, or prepared enough. So it hurt. IT HURT. Cramp set in on the first climb, and new shoes (despite being comfortable) didn’t help much. From the first climb it was apparent that I needed to think about this. It was mucky, especially in the woods. Trip hazards everywhere. Not to mention a potential baboon attack. And so I decided to walk the ups (very sensible), run the flats and downs (although carefully) and to be part of a group that included a tubbier runner (just in case the baboons did attack). After all, I didn’t need to outrun the baboons, just the slowest runner. 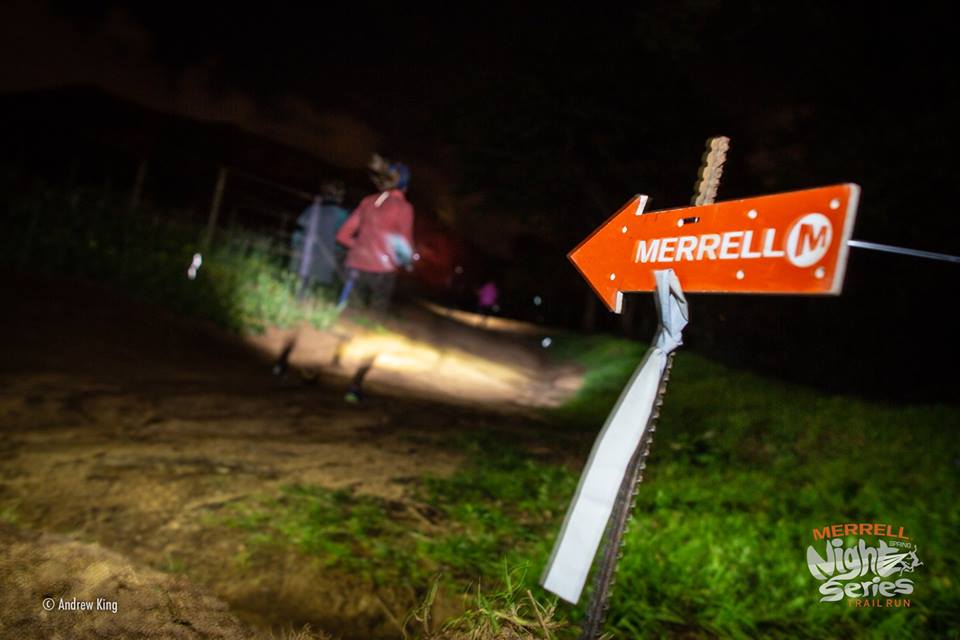 Porcupines, darkness and hills are the best way to describe it. I definitely earned my bottle of wine and burger in the end. It was more challenging that any 10K I had run. I would probably have benefited from practicing on Swain’s Lane of Pain a few times before I flew, as the ups were comparable. I am just glad the bad weather held off. And the view at the top was amazing. Cape Town at night looked stunning.

No bling. Water bottle, bottle of Groot Constantia wine, a waterproof pouch, a frisbee and a visor. Although I gave the visor back. I am no #visorwhore @racecheck

This was a very hilly, nighttime 8K that felt tougher than probably every one of the 62 10K races I have completed. It certainly took as long, if not longer than most and I ended up coming in over 10 mins slower than my 10K time.

That being said, it was very well organised and the crowd was good. It was unique, in my world anyway, as I don’t tend to run night races, or too many trail races, and only Bacchus has been at a wine farm. Wine before? A bottle of wine after? It was all very good. I know a LOT of people back home who would have loved it. My fitness levels are low, but I was happy to get some miles in the legs. I will run a parkrun here before I head back.

And the 361 Degree shoes did well. They were very comfortable and I am glad I tried them out. I am looking forward to trying them out at the parkrun on road on Saturday in Greenpoint. They are pretty light for such a structured shoe, and I felt well supported. I can see why people like Matt Bodkin like them.