I have run the Nice Work Easter 10K before, that was back in 2014 and it was a dark day for bunnykind.

A dark day indeed when, bunny, with barely a fortnight between them, I ended up with two identical medals from this race organiser, running the exact same route, in the exact same park. Shocking. I was not happy and swore never to run a Nice Work race again. 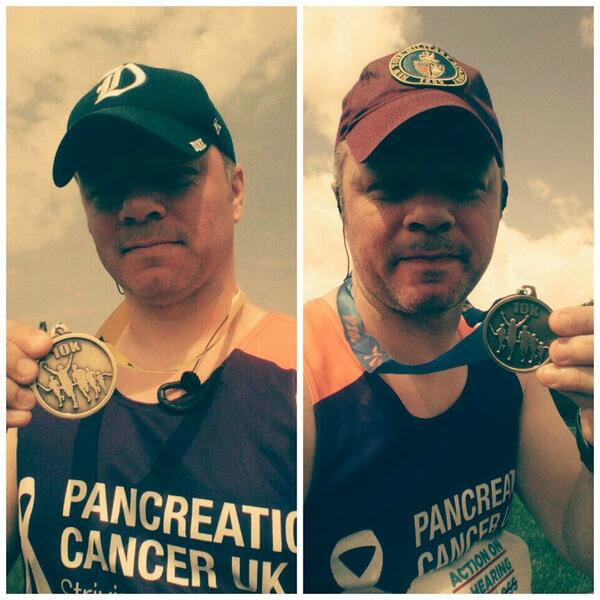 Four years later and I have signed up for the same race again.

Yes, you read that right. The Easter 10K in my local Regents Park was not on the radar.  But, then again, are they ever? I am trying to fill a 4 day Passover/Easter weekend and, given upcoming marathons, thought a leg stretch was on the cards. Et, voila!

I can hazard a few guesses about this race:

But let’s not count our finger licking chickens before they are hatched. Fingers crossed for a change from the norm. So here goes… 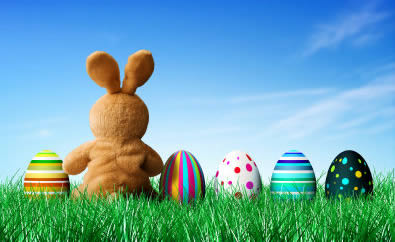 You start outside the Hub,  this is where the single water table will be, as well as the race HQ. There are showers, a cafe, changing rooms, lockers and toilets at the Hub  which is pretty convenient. When you start you run south, away from the Hub to the toilets by the bridge over the boating pond. This was all slush and ice when Jen Morris and I ran the Winter 10K in the snow, today it was feet soaking puddles. Through the puddles and left up and then left, following the railings around the pond and then down and to the Broad Walk, the wide path up the middle of the park.

You take a sharp right at the water fountain and down to the children’s play area, before a dog leg back to the comfy surface of the Broad Walk, back up to the fountain and this time right, and right again, along the path by London Zoo, who organise a race called the stampede in the Autumn that, yes, you guessed it, uses this route, (camels on show today and little else, unless you count the wooden tiger) then up to the straight that leads back to the start. Repeat and rinse 3 times.

March was a terrible month for my running. I ran the Amersham Ultra, then the Bedford 20 and enjoyed (not the word, but that will do as a stop gap) some Parkrun tourism at Gladstone Park (and that was 2 days ago!). 87KM for the month and all of it racing or Parkrunning. Despite hitting the gym 4 times a week I feel out of shape, unless the shape is that of a manatee.

And so I ran the first 4 1/2K pretty fast, as fast as Parkrun anyway, but way off my PB pace, got a bit wet in the puddles, then lost a bit of interest. Having to carry the ears and buff instead of wear them made my shoulder ache and I fell into that dark mental state when you run of “why the Hell am I doing this?” Slowed to have my photo taken with my ears, and fell on the shoulder of a runner that was doing my normal pace. Ticked over a few KMs with them, stopping at the water table at the start of the second and third lap before ambling along.

It was, as I said, 10 minutes slower than my normal pace but was in-keeping with the pace I normally run here and in the rain. I felt achey and tired, my lungs sounded like I was doing my best Darth Vader impression but hey, I did it, finishing with a bunny eared flourish. I am sure the photos came out great.

If it had been the round 10K disc from 2014 I would have died laughing. That kind of thing doesn’t annoy me, rather amuses me. But I needn’t have worried, the bling was Easter themed. My Rabbi would be so proud. Like RunThrough, who’s first medal was a white disc with RunThrough on it, Nice Work have come a long way from the bargain bucket bling of my early days of running. I take back all I said about them.

I was a little disappointed that I was the only one out of a few hundred runners to make the effort with the bunny ears. I made the mistake of wearing a waterproof so was too hot to wear them the whole way around but put them on for the finish and key points in the race (namely when I saw kids or the photographers). Right, let’s check the points from earlier.

and for the bonus ball…

WOULD I RECOMMEND THE REGENTS PARK EASTER 10K? Probably not, there are plenty of other options out there.

WOULD I RUN THE REGENTS PARK 10K EASTER AGAIN? No

NEXT UP: THE GROOVY MARATHON, BERKHAMSTED