Where to start with this one? Well, how did I find out about Transgrancanaria? A race not really on many people’s radar. Am not sure how I found out about it, to be honest, it was probably off of Twitter, as I followed someone who ran it.  Windsor Andy, maybe, or someone that does this kind of race, I know Trail and Kale have, or maybe if I had looked up another race, such as Transvulcania and one thing led to another and Robert R Robertson is your uncle and his wife Fanoula’s your aunt. All I know, is that this has been sitting in my calendar for a while. It was always going to be tough, it was always going to involve a flight, a hotel, an expo, mountains, and was thusly thought of as this year’s Ultraks (with a 12 hour cut off) with Green Man 45 (on trail) being this year’s Comrades. Although we shall come to that later. Two of my 3 DNFs right there. So there was a lot of foreboding. Darren, do not fuck this one up, especially as it was pointed out (jokingly) that 1. it was just a marathon, and 2. it was downhill. 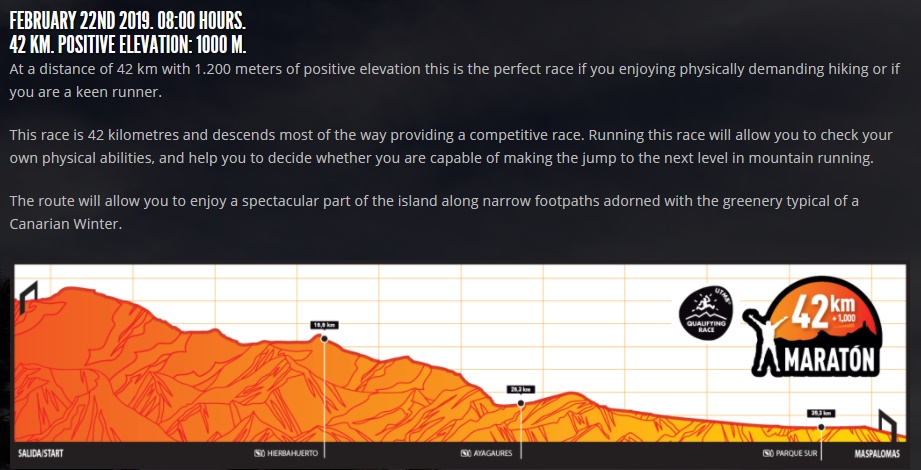 From way back when it was to be my first marathon of 2018 until a couple of weeks before when a failed Craft Half led me to sign up for a cheeky last minute SVN marathon just to test my legs. So a marathon ticked off the Tuesday before the Friday and yet I still knew TGC, as it is known, was not a marathon to be taken lightly. In fact it was a marathon to be taken very, very seriously, so seriously in fact that I took steps to avoid disaster: 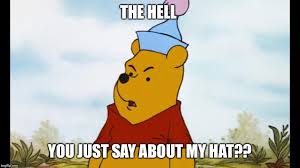 The latter three being more of a scheme to “look the part” to try and convince myself that I can do it. I can do it! I will do it. I shall do it!

There is no easy way of saying it, but I have withdrawn from Green Man Ultra. After a few weeks of soul searching, a 46 (yes it has gone up) mile race 8 (7 as it would eventually become) days after the TGC marathon seemed too much for me. I had attempted to lower the damage by swapping to the 30 miler, but alas missed the deadline for amendments by a matter of hours. 60 something people dropped out, there was only 400 people running in total, they could have made an exception. For how I feel about this I shall delve into the world of Winnie the Pooh memes again.

But never to really be down for too long I then signed up for the Amersham 50K ultra a week after GMU and promised to go back next year for closure. I will also learn how to self-nav by then too.

This has kinda just happened – again. The snowball effect has occurred and the number of marathons I am doing has swelled to at least 13 this year, so why not do the 12 in 12 again? It is certainly a motivator. I could make it a thing, if it isn’t already. And so the year, along with TGC is looking like this.

I didn’t run a marathon in January, and I do have 2 months of no races at all, so we shall see. As I discovered last year, you have plenty of time to make up for mistakes, and find alternative races if things don’t go too well.

The plane to Gran Canaria was full bar a couple of seats. There were a lot of runners on there including a couple of Japanese guys (my neighbours for the flight) who ran the ultra last year and were back for more. As the plane doors were about to be closed the last passenger came on board. A young guy, maybe mid 20s, bearded, looking a bit like a backpacker who had spent some time in India and the like. He jumped over a passenger to get into the centre seat in the row in front of me.

He was clearly nervous. He could not settle. He was loud. His hands flew about nervously and he was already making those around him ill at ease. The initial thought from behind me was that he was high. Is he off his tits?

A few whispered comments to the guy sitting next to him by the window and the guy got up and left. After a few comments to the guy in the aisle, and he too moved to one of the few empty seats. There was talk of asking him to be removed from the plane.

As it came to take off he turned his phone on, and started playing the Good, the Bad and the Ugly theme very loudly whilst plugging his ears with his thumbs and covering his eyes. He was clearly not happy and not mad as a bag of frogs, as it was suggested. He didn’t like the noise, he didn’t like the worry maybe, a fear of flying. Several people spoke to the cabin crew but then it took a mental health first aider to talk to them. The advice was very simple, sure, people are frightened of him, but he is frightened too, ask him if he is ok, see if there is anything you can do to help.

And that is exactly what the cabin crew did. They asked if he was ok, asked if he was afraid of flying, and he said he was. The steward then got a pair of headphones from the back and gave them to the man. This seemed to calm him. As the drinks trolley came down the aisle he asked how much water was and didn’t have any money, but the steward gave him a cup of green tea.

Whilst there were too numerous to count incidents of the man getting up and going up and down the aisle, and talking to random passengers, and putting people on edge, he was a lot calmer than when he was first on board. As he sat in front of me and looked back he saw my Red Squirrel Running hoodie. He squinted then scrawled this down in his journal. Red Squirrel Running. I thought he just liked to make note of things that he found interesting, and then I saw the rest of the book. Next to his scrawled note was a list in neat handwriting, in someone else’s handwriting for him to follow. It was the mandatory kit list for TGC. It started, though, with the first item.

He was a runner. He was one of us. Half the plane were runners and they, or many, had looked on in concern, fear, upset, worry, at his behaviour.

I guess my point, and why I am sharing this aside, was that ill mental health can affect anyone, those you know, your loved ones, friends, family, workmates, or a random runner on the way to the same race as you. I understand why people would be concerned, it is quite scary seeing someone behaving in a manner that suggests they may be dangerous to themselves or others, but all it took was to ask if he was ok, and whether there was anything he needed, a cup of tea, and a caring word.

I saw him again at the EXPO later that day. I said hi, smiled and asked how he was, and he turned 90 degrees and marched off as if nothing had happened.

Hold your horses there, partner. So, I had a car service take me to my hotel, checked in, grabbed my passport and went to the EXPO. I bought a tee. I got my number, went to the hotel to carb load and get an early night and then, geared up for the race in potentially tricky weather, kit laid out, I got a text message in Spanish.

French and English followed, as did a few tweets to confirm that we had to stand down. An email appeared in my inbox suggesting that the race was delayed by a day, it would start at 8 instead of 9 and the bus would be 5.30 instead of 6.30. I would get a day off, but would then lose an hour in bed. Not that I saw this as too much of a problem as my thigh was still sore and my hip let out an almighty crack as I tried to stretch it out. Oh, the pains of growing old.

So a reprieve. I met up with Lou McWilliams and Whiffers at the EXPO for a few beers and coffees. Plenty of people asked what kind of weather could have caused a marathon to be delayed by a day. I said rain, thunder and lightning, prompting the obvious…

And comments that “in the UK, we just call that weather.” Lou did mention that on those trails you don’t want bad weather, and she would know, nursing a bruised rib and back from the 360. Me? I would always listen to Lou, she knows of which she speaks, that, and I wouldn’t get to experience “those trails” until the next day.

NEXT UP: The Transgrancaria Marathon