Gyarrrr, me hearties! Yo ho ho and a bottle of SOS Hydration. It is hot hot hot in the UK and people are pushing themselves even harder to complete races at weekends. The heat, added to other things meant that I wasn’t sure 1) if I could do this, or 2) should do this after my injury at London and subsequent further injury at Comrades but I am glad that I did. I have been going through all the mental anguish you can imagine. I have NOT been running. I have been doing my REHAB exercises every day like a good boy, and at the gym have been strengthening the glutes, quads and calves so the muscles better take the strain rather than the joint.

I deserve a race finish, even if a little slow, even it a little dangerous. I can’t follow a DNF with a DNS, not when I don’t have anything else booked for 2 months. And so, I found this rarity, an opportunity to run a gentle 10K and chase pace boats online and signed up with the aim of an easy, and, most importantly, pain free run around Windsor.

This is one of the races that I have been finding a lot. You know that thing when you see someone for the first time and then see them everywhere, or hear about something and suddenly it is the topic of conversation at the pub, on telly, on billboards. Well, unique races are now that thing. After running the Two Tunnels (the UKs longest underground race through steam tunnels in Bath) with Jenni and Jane, then Susie et al running Man vs Horse, where you race a horse! and Rachel and Colin at the train equivalent Chase the Train now this? A race where your friends and family get to ride on the boats that pace you up and down the Thames in Windsor. And I would be running it with Lewis Clark. Again, pretty unique (both the race and Lewis). Pirate costumes optional but preferred.

According to their website the course is set under the beautiful backdrop of Windsor castle and is a flat 10km run on mixed terrain and is not suitable for spikes. Whilst most of the course follows the Thames path there are some sections that border fields and could become muddy if we have had persistent rain. There will be times when the course will deviate away from the Thames path to give the boats time to turn around but don’t worry you will soon be back on their trail again and racing them home!

As far as the route goes, it is pretty simple. You start in a field. You run a lap of it, then a second lap and leave it to run on the Dusty Towpath (good porn star name there). It was here that my loosely tied Ons started to hurt. I was wearing the orange ones I rarely race in, as the clouds are more sturdy. On the path I got a stone in my shoe and had to stop to dump it out, sitting down in the field. Explaining to people asking me if I was ok, that I was, in fact stoned.

We crossed a field diagonally and then found ourselves on a country lane following four horses and riders that had decided it was time for a pooping party. We ran by and then arrived at the first of two water/beer/prosecco stops. Oh yes, you heard that right. There would be a definite beer theme for this run as the race packs were collected from the race HQ at The George Inn pub by the water, there was a £1 off voucher for booze at the pub in the goody bag, the winners and runners up all got beer related prizes, and as for the two beer stops…

We lost a bit of time here. We posed with beers for the race photographer, we took our own, we asked people to take them, we were asked to take photos. I had been feeling a little unwell as hadn’t eaten anything all day and just had a cuppa and coke in my belly. I was expecting the beer to come right back up again and join the party, but I kept it down and we slowed a little to 10 and 10:30 minute miles. Lewis does love his real-time pace and average pace call outs and mile distances. And it does help. I, however, was not focussing on time. I was just hyper-focussed on my knee, not going over on my ankles as we hit another field and just how bad my breathing sounded as this was a no music race.

Beer stop 2 was reached after circumnavigating a school playing field and involved more beer, more photos, prosecco!, and Lucozade and, I suppose, water for those that wanted it. We were 7K in and it was hot. I was sweating more than a pig trying to pass a peach stone. It was scorchio!

Although in the photos Lew looks like a tanned giant compared to me, today people have been asking if I have been away as I have a lot of colour. We went around what was the longest time in a field, and a lumpy one at that, before finally revisiting Dusty Towpath.

Once back in the field the race had started in, under the castle, as cracking tunes were played by the pipe smoking DJ (Depeche Mode, The Verve etc) we bimbled around for one last lap before hitting the Parkrun-esque finish funnel where I somehow crossed the line before Lew and we were done, collecting a hefty medal for such a race, having chatted the whole way around and stopped for some time for beer in 1:08. A time that really could have been 15 minutes better if we had forgone the fun element of this race – i.e. the beer.

It was good to finish a race after my one and only race DNF. It was weighing heavy around my neck. Not that a parochial 10K on trail with beer is really a test, I will get more of that in 6 weeks at a faster run at Pride 10K, and maybe some of the RunThrough evening races.

Actually brilliant. This race is co-organised by the Datchet Dasher who also work on the Hampshire Hoppit that a few of the team ran the week before. Very well organised events, with superb medals, good tees, food tents and caravans, and merchandise.

The tees made by the guys at http://www.runface.com are great. I got a couple, and Lew treated himself too. I saw a few good ones for the ladies as well.

I had a great time, actually. No pressure and Lew kept me going. We had a laugh, a good chat on the way around, suggesting that we were not pushing ourselves too hard, and ended up with an ok time for so much stopping. It was basically a couple of laps of a field, a Dusty Towpath, a few more fields, then back the way you came. It was hot and a little uninspiring as routes go. You only saw the boats at the start and finish, as you are not anywhere near the river for most of the run. Still, I liked it.

WOULD I RUN THE BEAT THE BOAT 10K AGAIN? No, I wouldn’t. It was fun. But we have beers and a chat without the trail and the fields.

WOULD I RECOMMEND THE BEAT THE BOAT 10K? I would. I like the organisation, the tees, the beer. I like the idea of the boats too. Spencer was on one with his two boys, as his mrs was running. If you do not do this one then the Hampshire Hoppit, or one of their other races. 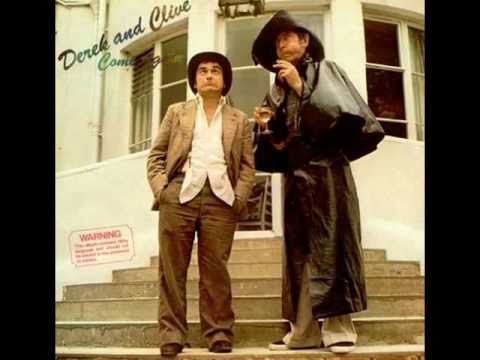 NEXT UP: CHASE THE SUN