Back on road after a few trail races (RTTK, RTTS, some of Punk Run, and Bacchus)  and I have been looking forward to this one for a while, or since last year when I heard about the unique Chester Metric Marathon.

Yeah, you read that right, a Metric marathon, 26.2K instead of 26.2 miles. Seems infinitely less painful than a full, and works out nicely, being the first weekend of October, as a tester for late Autumn marathons (of which I have two). Friends in the US of Trump have told me 30Ks are becoming more and more popular over there as a stepping stone to the full, and I can see that. But I do not think they will challenge the current set of race distances (5K, 10K, half, marathon, 50K, 100K, 100M) we have in the UK, which is a shame, as I think a lot of people would benefit from better stepping stone distances rather than doubling every time.

So, in the calendar early and having never been to Chester, this was to be a weekend away with an Air B&B, Virgin trains there and back, and a meetup or two.

The Chester Marathon weekend partnered with Aftershokz headphones, the bone conduction technology headphones that leave the ears open. I won some when they first came out but use iPod shuffles that are not Bluetooth enabled so gave them away, the headphones that is, or sold them to a mate at mate’s rate, I can’t remember. Regardless, it meant that this would be a musical adventure.

I have two ipod shuffles and a bucket load of music on iTunes, and something like 2 terabytes in total in archives but this is all known to me. To mix it up I sort iTunes alphabetically and  then go through the list picking songs until the pod is full, next time descending by date added, or by genre. Anything to give me something new to entertain me as I run. There is nothing worse than being so bored of your music, or knowing it so well that you ignore it.

For Chester I thought I would do something completely out of left field. I asked the Twitterverse to send me a running song I should add. And dozens of you responded. I kept the list and then loaded my pod up with whatever was suggested. There were a few songs I was familiar with that I would not normally run to (Proclaimers, Skillrex) , a few that I always have on my list (Kasabian, Chase and Status) and few I have not heard of at all (We are the Ocean, Bleachers).

I also deliberately didn’t listen to the music before loading it up, so it would be a total surprise as I was running. Here is the final playlist and thanks to everyone that took part.

And you know what? It actually worked. New music, when you are running along to it, does spur you on. And when you hit a song you know and like, it makes all the difference too. I know this! I keep running. For example, and etched in my memory, at KM25 Sweet Child o’ Mine came on, and it was perfect. 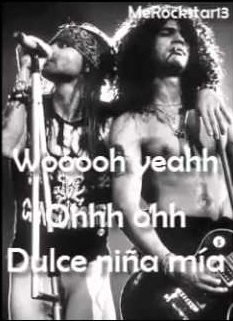 If you listen to music when you train or run, I highly recommend you duplicate this experiment.

The weekend involved a stay in an Air BNB and a lot of good #UKRUNCHAT peeps. Katie and I met up the day before the race for a carb loading (booze) lunch, and then about 3 ½ to 4 hours later more carb loading (booze) dinner at an Italian restaurant with the worst bread.

Chester was lovely in the most part. Pretty to look at (other than a 30 strong stag do, and several hen dos), but rainy.

The only disappointment was not being able to get into an American BBQ joint Hickory for dinner. It is down by the weir on the River Dee, looked nice, smelled great but… Sorry Chester but a 2 hour wait is not something we do. Also the Air B&B temperature was crazy and I do not think I got any sleep at all, or it certainly felt like I didn’t.

I felt like I had spent the entire night awake with my eyes closed as I was constantly removing the heavy winter duvet as was too hot and schvitzing, only to then freeze when the sweat cooled. Regardless I was not happy by morning.

No breakfast for me, especially after watching Katie trying to swallow porridge mixed with granola, something that resembled for all intent and purposes quick dry cement and we were off to the race course an hour after the full started to prep.

If the route is around a city I do not know it is all too abstract for me, so I never look at them now. What would be the point? Other than a check to see when the huge hills will appear, as I did for Dartford, I tend to not to look at the map until I am writing the review. 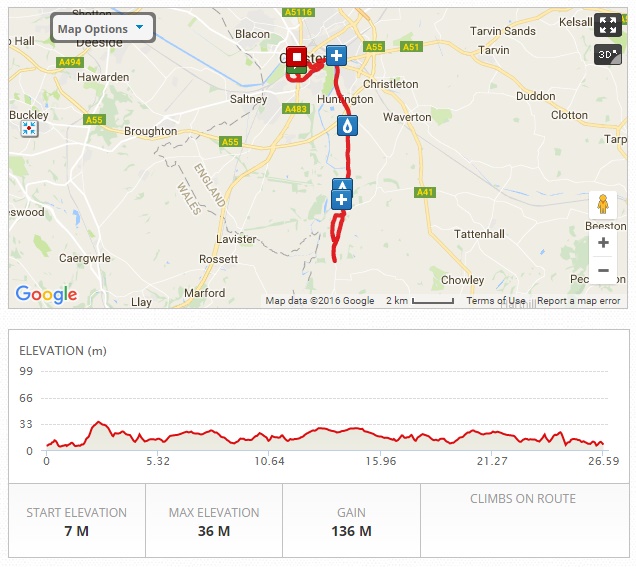 Eating two heavy meals too close together was not a good idea the night before and as I said I skipped porridge and went to the race unfueled, despite the Metric starting at 10:15, an hour after the full. It did mean that I had an anvil in my belly that was a concern for the first few miles. It was such a concern that I had tissues in my pocket just in case. Not that it would have made any difference as there were virtually no portaloos on the course. I only saw two at about KM20, went to one, the one that was not weighed down properly so it felt like being in the TARDIS when it is out of control. But, to the race…

It was a lovely sunny day, despite the downpour of the previous, in  which we got soaked. The race starts with a loop around Chester racecourse on wet grass (my Cloudracers loved that) but then you are in and into Chester. There are some inclines, there are some nice downhills. You run through the town, and then out into the countryside and little villages. There is no constant support from the locals, but there is enough to enjoy the atmosphere, particularly at the end. I am not a fan of races with supporters the entire way as feel guilty if I have to slow to a walk past people cheering me on. I feel like I am short-changing them.

There is a long out and back into the countryside and you join the marathon runners at their mile 20. It felt like a good combination of Tunbridge Wells half, with York 10K and Cambridge Town and Gown thrown in there. I really liked the course and organisation, and would be seriously considering the full next year if I wasn’t already signed up for the Yorkshire Marathon.

Timewise? I was plodding around at a comfortable 6 min per KM, but the fasted start meant I did flag a bit at the end and ended up Run/Walking a few KMs when I felt a little lightheaded. Still, when I signed up I thought I would run 3 hours, but in the end ran 2:45. I am happy with that, knowing that I could knock 25 mins off that. I was also happy with how I felt. I felt strong and able to change up and down gears to surge past people when I needed. I feel the post RTTK gym and the new training plan are working well and it is all added confidence for Athens. 69th (tee hee) in my age category. Half way up the field of finishers, happy with that.

My right foot has had a bit of PF since Punk Run. It goes more than it comes and ice and heel supports are working. After a run it kills me and right now, the day after the race, I am gimping around office like Herr Flick of the Gestapo. I may have to get this sorted before the next two marathons. At least I have four weeks to do so. 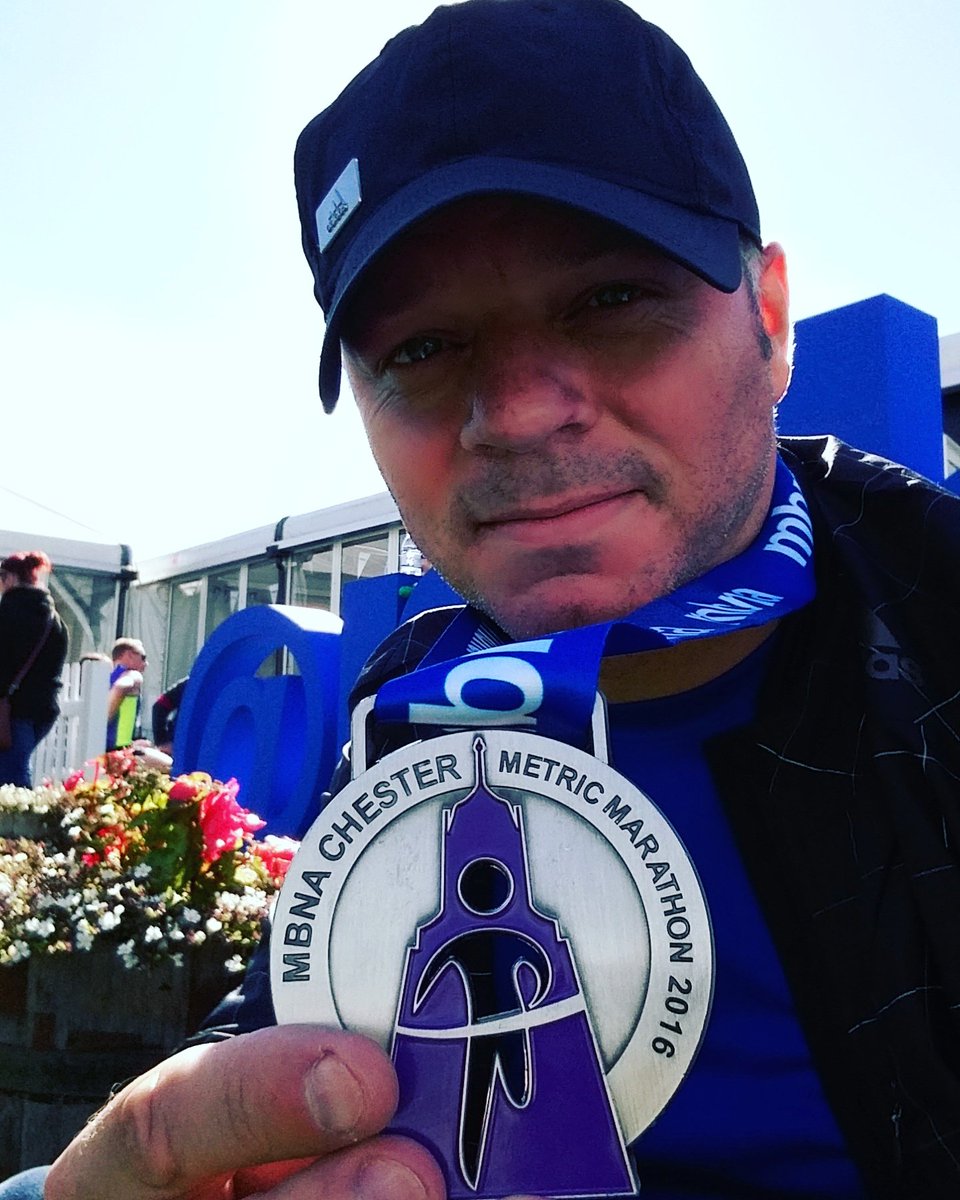 And the goody bag, a draw string MBNA Chester Marathon bag (love the long sleeved Tee BTW), included this ice scraper. Officially the oddest thing I have gotten in a goody bag.

Whilst I am very happy with my performance, and knowing I am strong enough to  push for a marathon PB in Athens, and that the gym and my training is currently working, the whole idea of the Metric Marathon is a bit of an oddity. I cannot sew a Chester marathon patch on my race bag – but then I couldn’t sew a Punk Run or Caucus badge either. And a lot of people have asked about how I did, what I did, and I reply that I ran the Chester Metric marathon and they were impressed, until I explained to them it meant 26.2K not 26.2 miles. And When I did their praise wanes and I feel a little disappointed that I didn’t do the full.

Would I recommend the Chester Marathon/Metric marathon? Absolutely.

Would I run it again? Only the full. It was interesting to test myself on the Metric, but ultimately it is the additional 16K that I care about.

Ok, so after the race I ended up in the pub (surprise, surprise with Katie, Jane and Graham). Food and libations were had and I had plenty of time to get to the station for the 3.30 back to London in time for Rosh Hashana. I made it onto the platform in time to see the train arrive but then, as we got on, every seat was taken. Even those people had booked had people sitting in and no one wanted to move. A couple of Irish girls were ignored by a couple of assholes in their seats and an elderly gent ended up joining us in the corridor to sit for 2 1/2 hours back to London.

Fortunately, after a few tasty tweets to the bastards at Virgin Trains questioning their passenger charter, when they asked whether we had spoken to the Train Manager, and I said no. She appeared, not unlike the shop keeper in Mr Ben (tash included, but no fez) and found the gent his seat. Yay for the power of twitter. Didn’t make my legs feel any better but there was a little bit of justice felt seeing him be seated.