So I did the Five Peaks Challenge today and to be honest, it was easier than I thought. I think if I do it again I may well do it in twice, starting and ending in Hampstead. I started today at Hampstead and this was perhaps the problem. Hampstead and Belsize are the deepest stations by far. People make a big thing about Covent Garden but really it was nothing in comparison to the two stations at the start and the looooong run from Belsize to the third and most disappointing station, Warren Street.

On the day of the Berlin Marathon (my first), the Robin Hood marathon and the inaugural Disneyland Paris race weekend I wanted to be challenged. I wanted to fear the next set of steps. But I guess I did it wrong. After the epic scale of Hampstead though, and then Belsize (that I run up weekly) it wasn’t anywhere near what I wanted and needed. 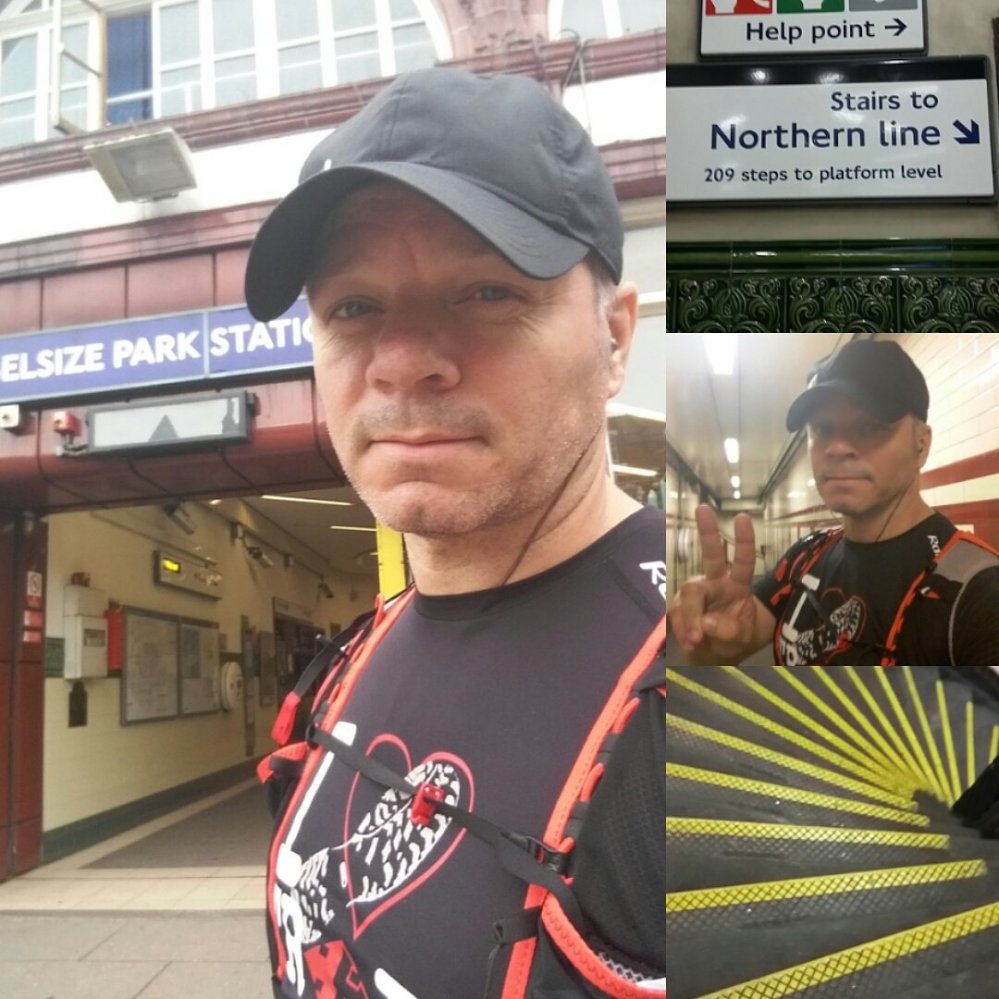 Warren Street was not at all what I expected. I did like the change in colours and styles though as I reached Goodge Street and Covent Garden.

The Garmin Connect did not look good though when I plugged it in. The stairs were all missed and just showed a lull in pace and cadence. 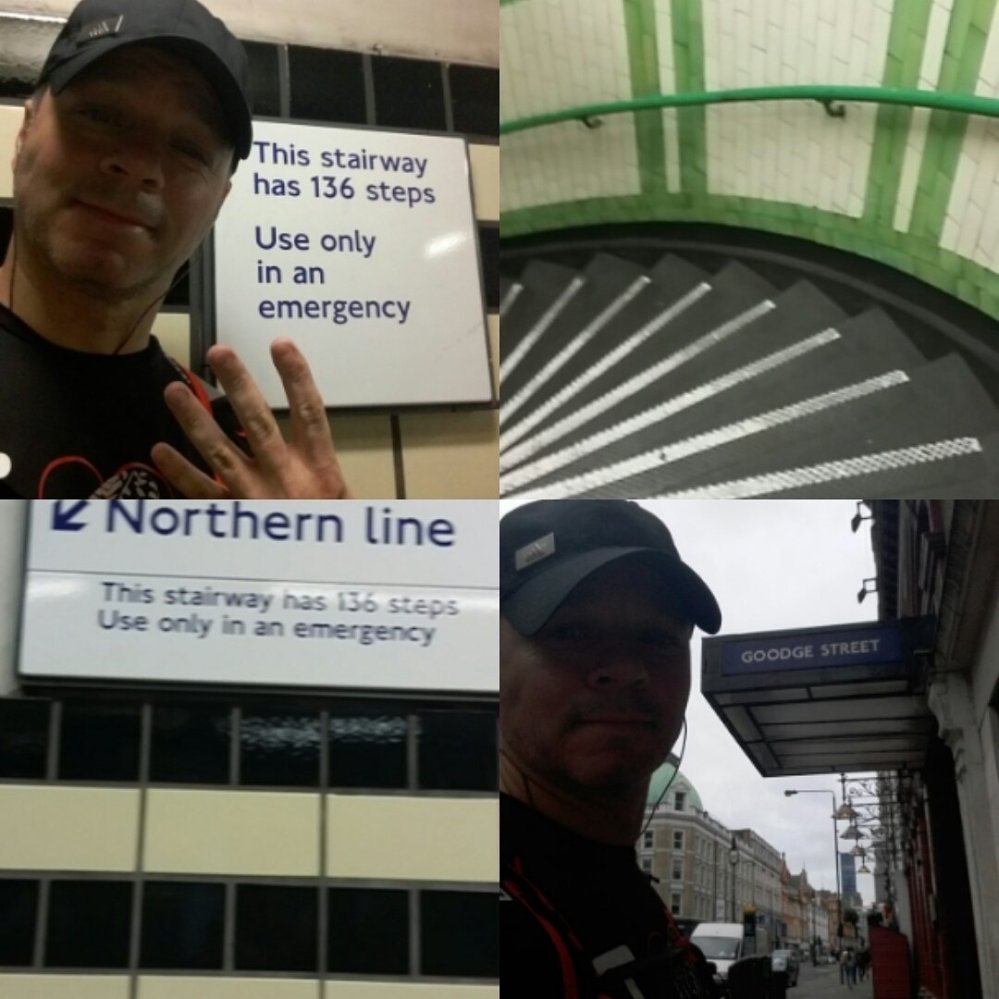 5 miles and then 5 ups and downs for a total of 1690 steps. I do not know how fast I thought I could do it. I ran down and up Hampstead in just over 5 mins. I guessed the other stations would be quicker.  In the end I ran it all in an hour 25. I could probably knock 20 off of that if I am lucky.

But more than likely I will need to run it there and back, perhaps with friends who will be willing to pay £1.50 per stop for the privilege.