So it is finally here, the race that brings up the 100th bling since I took up running. It could have come earlier. I had signed up for 100 Miles in March but with a trip to the US I didn’t make it. It did mean that the Manchester Marathon would be my 100th medal until I then saw that the lovely people at RunThrough had a Hyde Park 10K and who was I to say no? After all, despite the Serpies, Hyde Park is quite a nice park, no?

The route would be a couple of laps from the bandstand (a popular starting point at any London park – Victoria, Battersea) on the nice flat and well paved paths, looping back to the Serpentine.

I covered a lot of ground the day before in marathon training, so this was not going to be record breaking. I arrived well ahead of time but things were not good in the world of RunnersKnees. I injured my neck (undiagnosed disc bulge according to WebMD LOL) just before Brighton half and needed to be taped up to get through it.  I did though and mashed it to a PB. But it was then made worse at, of all places, The Shrek Adventure a fortnight later before the Dartford half. Yes? Really, really. 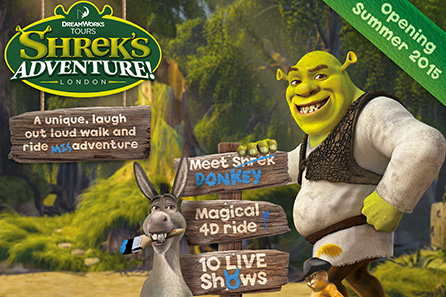 And then on Thursday I wrenched my back and haven’t really been able to sleep. So I feel a little like this…

Still sleeplessness and back and neck pain combined with exhaustion wasn’t going to stop me. Stop me? No. But I did consider walking at 5K, 8K, and 9K, especially at a huge pool by a cafe that you had to vault. But I didn’t and bam! A decent enough time, slowest of the year at 54 mins and… wait for it… wait for it….

Medal 100! In 3 years, 11 months and 9 days. My fifth or sixth RunThrough medal including their first, so it is quite apt I went for it. The hundred is up. 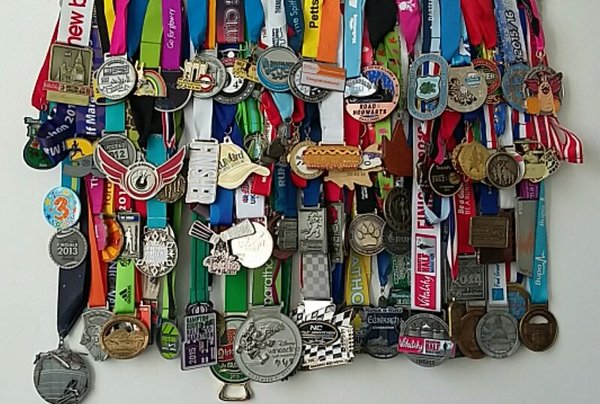 Kinda proud of that. Thanks to all the people who helped me, inspired me and carried me when I was weak, lifted me up when I was down and gave me the strength needed. And to the RunThrough team for such awesome races.

NEXT UP: MANCHESTER MARATHON