This weekend was something different. After the high of the Brighton Half and a 3 minute PB at the distance during a traditional Sunday morning race I found myself brightly dressed and heading to the Olympic Park for a 7pm night race, the Supernova 5K! How unheard of? I think that outside of one Movember this would be my only other 5K race.

This was booked ages ago when the race was actually called the Speed of Light 5K and somehow, in the change of name (and maybe organisers) my entry was lost so had to chase until it was found again. Somehow I was already registered with the new race organisers from something else, and when they ported the old Speed of Light clients over their system saw I existed already and must had considered one account more important than the other and voila! lost entry. Anyway, it was found. All good.

The Supernova events are held across the country and in the same format. You wear bright colours, you get a free head torch, you can buy neon stickers and glasses and glow sticks and other things directly from them and run around for half an hour looking like fireflies to anyone a distance away (photo from @chasrle).

People do dress up and it was my idea, given the recent loss to the world, to go as a tribute to David Bowie, complete with neon lightning bolt makeup. 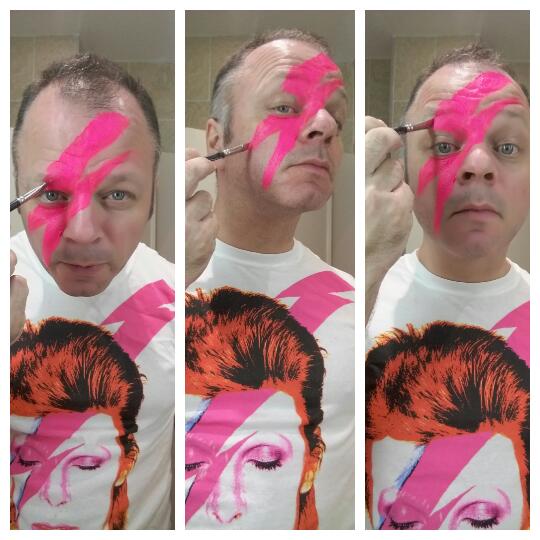 This was the idea but, it was cold, it was wet, and I kinda bottled it. Yes, I bottled it at the last minute. Next time, I promise.

I have run at the Olympic Park quite a few times, most recently in January at one of the first weekend of the month 10ks organised by the Race Director, and this was pretty much that route, well half of it, and in the dark. 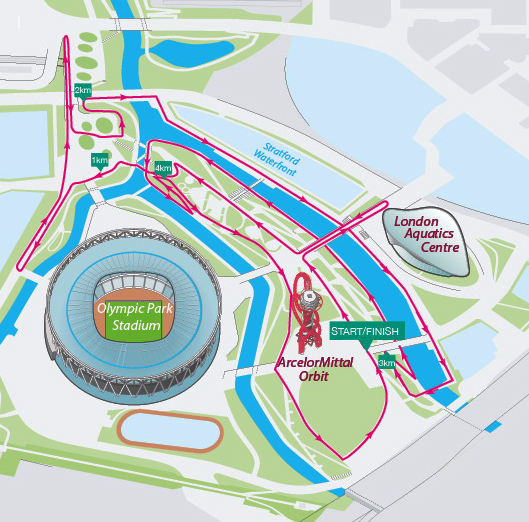 I took it easy for the most part, running without music for safety reasons, and was happy with a 45 second PB there.  “A 45 second PB?” I hear you ask, Why yes. And I took it particularly easy in places. I think with a flat day route sub 20 here I come.

Although I needed the message from the event organiser to confirm this as I am still getting used to my Garmin Vivoactive, and keep just pausing and unpausing rather than stopping and saving workouts and the watch was still timing when we were drinking coffee in the cafe after. LOL. Major drop in average pace in my splits there.

Meh. Less than average, but you get to keep the head torch. 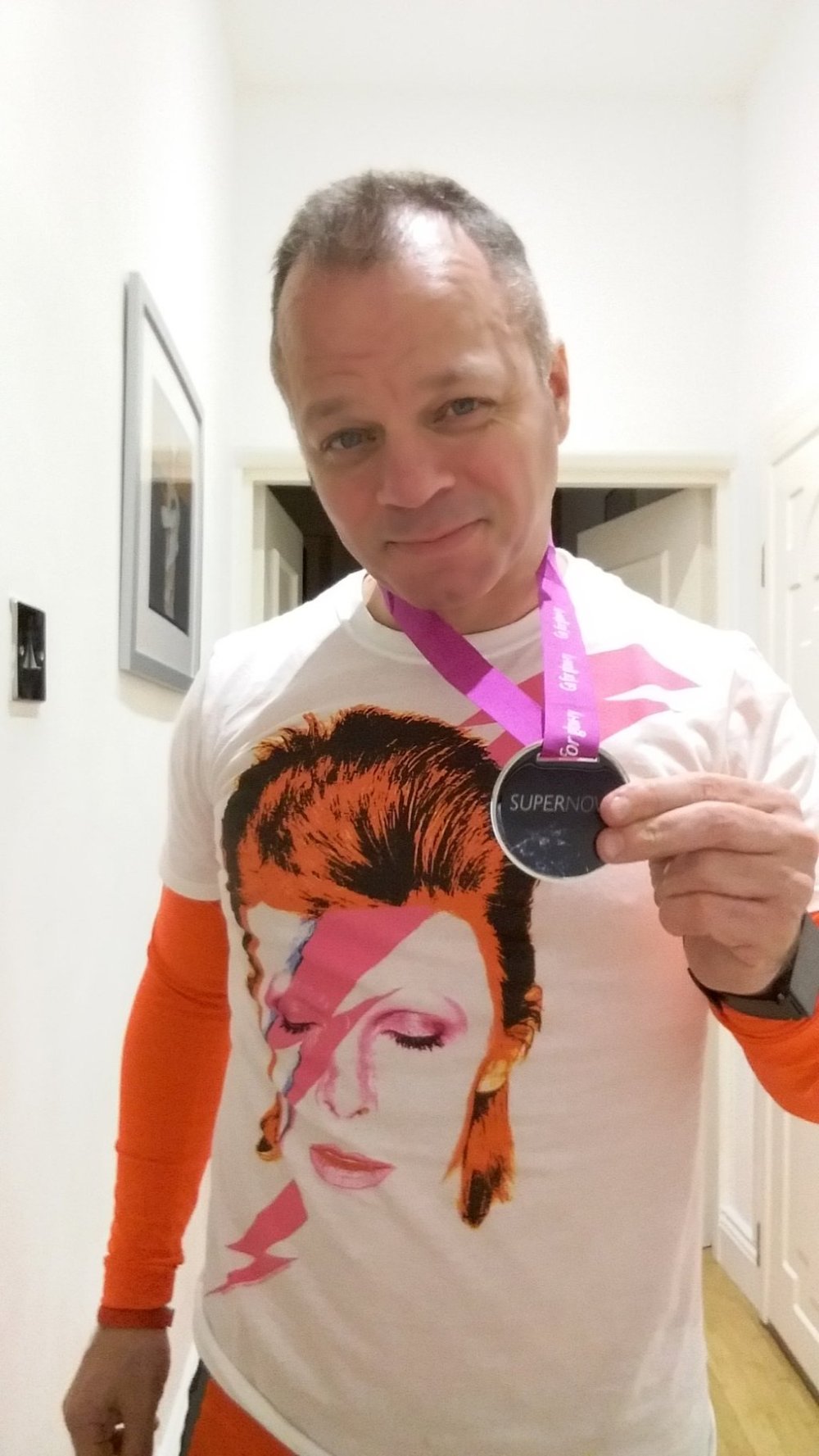 Ran it with @moosenshoes, which was great, and met up with @RobertsSports who was the event photographer, so guaranteed great pics to come.

Would I recommend the Supernova 5K Series? It does give you a chance to wear day glo and carry glow sticks for a legitimate reason. So do it at least once.

Would I do it again? Probably not.