A few weeks ago as I bimbled my way around on a typically lazy Sunday LSR it occurred to me that if I drew a route around the edge of Regents Park and Primrose Hill it kind of resembled a cartoon character. I tracked via my GPS watch and although I thought it would be Baymax or Winnie the Pooh, with a little bit of inspiration from the Twitter community, it all became very clear that it was OogieBoogie from The Nightmare Before Christmas.

Inspired a little I looked online and found that loads of people had drawn Stormtroopers and Darth Vader, and Thanksgiving Turkeys, a giraffe, flowers, and even a marriage proposal using a GPS tracker. What a brilliant idea, I thought, let’s make a competition out of it!

So in honour of the upcoming Mother’s Day in the UK and my appointment as an Impi for Balega I am running a competition for two of you to win 3 pairs of awesome running socks; a pair of the Enduro VTech Quarter, the Hidden Contour, and the Ultralight No Show.

And, in true honour of Mother’s Day my dear old mum (MummasKnees) will be judging  and picking the two winners, who will receive the socks directly from Balega. So go get creative, my beautiful people, you are out there running anyway, so share your route, and if you can, draw a flower, a pair of socks, but please, my mother is judging the entries and picking the two winners so behave yourself. 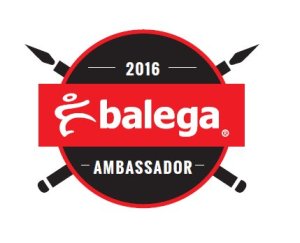