My momma done told me, it’s the Post Marathon Blues….

For most of the time I am a happy person, I may hide it well behind a sarcastic veil of perceived cynicism, but really behind all those closed doors I am a closet optimist, bouyant, jovial, and a cheerleader for both myself and anyone I can help in any way.

With running you have your ups and downs. You have bad days where nothing goes right, you end up injured or worse, just totally dissatisfied with your achievement. In my Twitter feed there are countless comments from people who just had a bad run. I had one the day before the Olympic Park race where I was ambassador, a DNF at a Parkrun! How shocking is that? Still I picked myself up, ran the next day without stopping and blogged in Men’s Running. Kinda cool.
I have results I have been embarrassed about. And I am still embarrassed about. My performance at the Two Oceans was dreadful on both days and I believe it may well be my slowest half ever run (actually just checked and it was – by 9 minutes). I cramped from Mile 7, felt sick to the stomach due to the early start, had no warm up and swore never to run that race again. It got me down, but I PBd the next race (a 10 back in London) so go figure that one out. And looking back at the whole Two Oceans experience, it was amazing, Cape Town and Haile Gebrsellassie, and a cool medal and blogging about being in Africa – all astonishing. So you forget about the bad race, as the rest was amazing.
The recovery was a physical one from that race, as it was from the North Carolina half, where I landed jet-lagged, drove to the hotel, checked in, got ready, went to the NASCAR arena and ran in 4-5 inches of icy water as hail pummelled my sleepy face. I honestly thought I was going to die of hypothermia and it still is my second worst time behind Two Oceans. All those things said Berlin has been something different entirely. I need to recover mentally from the whole experience.
In my varied career on both sides of the Atlantic, and both coasts of the US, I have worked on many projects, global and otherwise, written books, made big sacrifices and moves, that you dedicate so much time to, when they are finished you are left with a void. Between books I would go a little Coocoo for Coco Pops and ad lib a dozen potential plays, screenplays, or the next book but never be able to stick to one of them. You want to find something that will challenge you at the same level of intensity, something that will demand as much of your time and effort to fulfill you. Of course eventually you do, and the No Man’s Land you have been walking around is soon forgotten, and I hope that is the case for me, and all those I know who are suffering the melachonlia of post marathon blues.
The Berlin Marathon was huge for me. I was supposed to run it in 2013 but I was injured for a lot of that year and utterly ill-prepared. Thus it became my Nemesis race. I always seek closure on races I DNS, but this one was the biggie. I was given a spot by Pancreatic Cancer UK, who I raised money for the previous year by running 20 races in 6 months, and a cause dear to my heart. Again, added pressure and  impetus. So the only way I could run the race was to train.

I got a wonderful coach in the amazing Beth @bethrunsfast who have me 4 week chunks of a plan to follow and I did. The Berlin marathon invaded every aspect of my life. Running four days a week was just the start. Conversation at work with other runners was definitely marathon themed. Twitter was a Berlin-fest, especially a DM group that was created by the #UKRUNCHAT crowd. During any music listened to, as I do have two iPods but both have running music on (and mostly the same at that), I pictured the race, the crowds, the finish at the Brandenburg Gate, the giant beers in celebration. When training, hours on end, silent and alone as I circled Regents Park, it was all I thought about.

And the race was a success in every way. I didn’t smash a great time, but I finished comfortably. I set a time I could easily beat next time around. I blogged about the whole adventure, and read the blogs of those I met on the journey to relive the glory. But with those memories still fresh something is missing. My running is a vast empty room

I tailran Hampstead Heath parkrun the next two weeks. I cancelled on the Run with the Girls, but ran a comfortably fast Petts Wood 10K with Judie and Jen. But when I look at the half a dozen 10Ks and a 5K I have left for the year I have little or no interest in them. 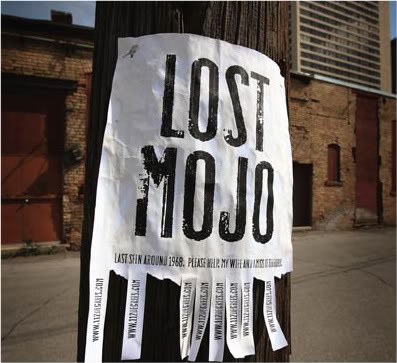 I do have an aim, for a sub 50 minute 10K. And I would like to beat my mile PB at least once in the two attempts I have left at the Velopark. But really I don’t care and none of it comes close to the effort for 15 weeks and 1 day that the marathon brought.

Next year, of course, I have countered all of this lost mojo by having the idea of running four, two in the Spring and two in the Autumn, just far enough apart to require some thought re the training. Manchester will be the first on 10th April, and then Copenhagen on 22nd May. Cape Town is 18th September and will mean I will either choose a Summer marathon, maybe the Tromso Midnight Sun, or maybe a late November marathon like Istanbul, maybe both and do 5 in the year. Although Turkey is not the safest place in the world at the moment.

But the sad thing is that even booking these races and talking about them and booking hotels, ordering travel guides from Amazon and setting up Tweet Ups on Twitter still isn’t cutting it and, being realistic, I do not think that anything can or could until I am back in the throes of a 15 week training program.

I guess I just have the post marathon blues (cue the harmonica player) that is all. And I must be thankful, if that is the word that I have had a stinking cold for the last week…

And on top of that, I have had a flare up of tendonitis in my knee that has meant I have been limping around like Verbal Kint and trying everything I can from patella straps, full knee supports, K Tape configurations, BioFreeze, Voltarol Gel, single leg squats and resistance band work to just simple rest to get back into racing shape for the race in Cambridge next weekend.

But maybe feeling so unwell and injured is a Godsend, a silver lining if you like. Whilst it has given me time to reflect on how crappy I feel about post Berlin marathon me, I have an excuse. I am sick, I am injured, I couldn’t get back to my best even if I wanted to. Well, that’s the line I am telling myself, and I just hope I am enough of a sucker to believe it.

In summary, the post marathon blues suck. But they are not permanent. And the more marathons I run I know it will get less and less until I am no longer afflicted. Fingers crossed. But it is pervasive, and unwelcome, and needs to be better understood, by me at least, so recovery plans can be put into place to lessen the long term affects. I, for one, wouldn’t want to be one of those runners who give up running after their one and only marathon.