A year ago I ran a nice and slow Pride 10K around Victoria Park in Hackney in a time of 1:02:56. That was pretty much my normal 10K time back then but this year I have been training, so I was hoping for a little better. Hang that! I may have been hoping a lot more but my coach was expecting miracles. She asked for  the following at the bottom of this months plan… 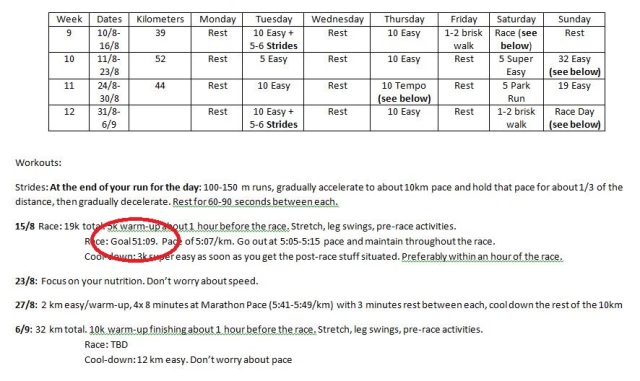 6 days ago I clocked my fastest 10K at Battersea with a time of 54:09 for the race although it came up short on the distance, so technically my 10K was staying at 54:23 for a while. But I decided I would try, although I wasn’t hopeful.

Started at 8:30am when I left the house and headed East. I had mapped it out and the plan was a run/walk/jog to warm up the old legs along the London Overland trainline as far as a Highbury and Islington and from there get the train the last few stops to Hackney Wick. 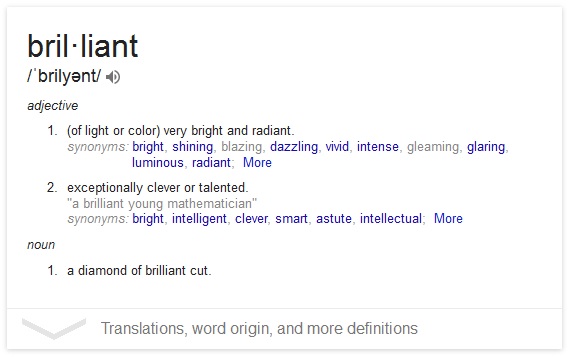 Well, not as brilliant as I thought. I got a little lost as I neared Barnsbury and took a wrong turn. I found Calendonian Road (only the next stop to Highbury as planned) but the trains were infrequent and the idea of gettting the park by 10 and running a warm up 5K was lost as I barely made it there for 10:30, half hour before the start.

I warmed up well and joined the throng after a venture to find a toilet and, having discovered they were Out of Order, used one of those upright toilet tree things that were in abundance. Barely any time to worry about it, the one wheelchair racer started before I even got to the 55 mins sign. And we were off..

It was a bit of a zoo at the start, as you would expect. The field was in the thousands and I could not get up a head of steam until the first turn 850m in and from then on I didn’t look back. I didn’t pace as fast as my coach wanted but I wasn’t far off. 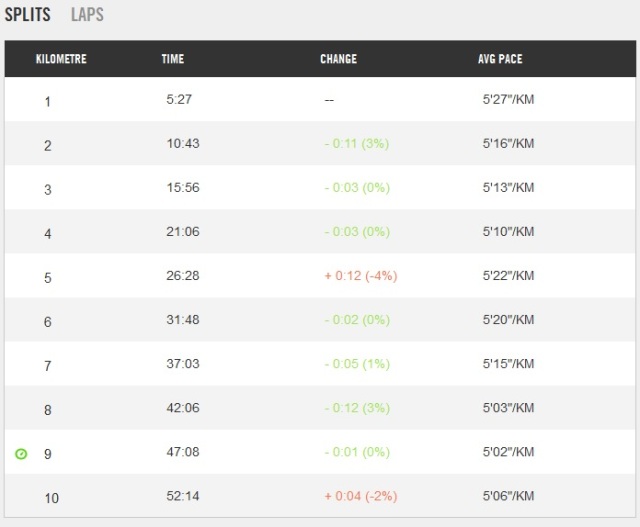 The last three were within the pace my coach wanted, and clearly I could have run a lot harder but somehow I hit my 5K PB by 8 seconds and my chip time for the race was 52:09, a PB by 2 mins and 15 seconds. I am happy with that. Who wouldn’t be?

I have to recommend this race. It is fun, well supported, well organised to a point of BBQ and drinks after, the goody bag included muesli bar, water, lip balm, banana, cream cheese filled bagels, and a great t-shirt. It puts to shame those 10Ks out there who just hand out bargain bucket medals and nothing else.

And then, of course, I ran jogged home, all the way back to Hampstead. So 16.5 miles in the day, and two PBs. You cannot argue with that. 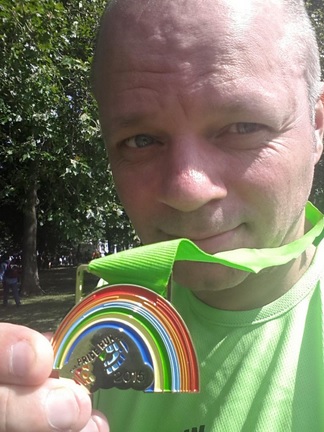 Would I recommend the Pride 10k? Yes, as mentioned it is superbly organised race. And Victoria Park is flat as a pancake.

Would I run it again? Yes, I would.