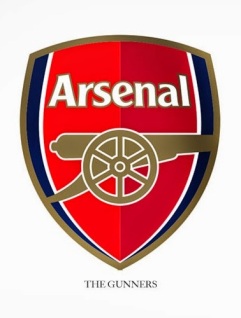 This was a small family day, with fans, and families of fans, including a lot of little ones, running in a child’s race and then an adult’s race.Here are the highlights.

Now there was a bit of a SNAFU about the race pack. The organisers were let down by the t-shirt printers so on the 24th March when we received an email saying the race packs would be sent out, well, this was not right. And when I chased on the 28th to say it hadn’t arrived and I received an “it’s en route” email, well, that was wrong too. However, getting there the numbers and t-shirts were given out to the few hundred runners. If there had been thousand it would have been a bit of a disaster. The bag drop was a hired van.
Still,all this aside, there were a lot of races cancelled this weekend, so my uppity, grumpy tantrum at the organisation a few days before was fruitless, else I would have run in Waltham Abbey or Newham.

The course was a 10 lap race around the outside of the stadium. There was dog shit on the ground in places, rubbish, and I was quite shocked given the illustrious interior of the stadium (which we never got to see), I would have thought the end would have been inside. And in the end, the tedium got to me and I miscounted around lap 5, and forgot to take a tab off my wrist band. We were going round and around and round. It was a little like a horror movie, if you get my drift.

The curse of new shoes reared it’s ugly head. The new Brooks Beasts, one of a few styles designed to deal with my hobbit feet – or moreso my second metatarsal overload syndrome, destroyed me. I was dying from the off, the shoes making me land flat footed, cramp, shin splints, pain, and walking, which makes it even the more impressive that I somehow got a PB for the mile and PB for the 5K somehow

Would I run the Be a Gunner, Be a Runner again? No, and I wouldn’t have if the other two halves were on.

Would I recommend it? Unfortunately, the runners I know and I are in a privileged position. I have run through Paris, London, Amsterdam, Berlin, I have run through Disneyworld and met Disney characters, around the angled NASCAR tracks of North Carolina. 10 laps avoiding the dog poo in North London with no real view other than the high sides of the stadium was not all that inspiring. That and I am a Chelsea fan. So this was really uncomfortable for me, and I am not talking about the pain caused by the shoes.

WHAT’S NEXT FOR ME? The Regent’s Park Easter Monday 10K and the Sean Astin #Run3rd