Race 22 of my fledgling running life… or

The Bushy Park Half Marathon presented by Runthrough.co.uk

This morning I woke at 6am. Now, a lot of you make not think that is too early. I assume some of you work shifts, and others try to run before working a 9-5. Me? I don’t work shifts, and I like my sleep. So 6am was not welcome at all.

My sleep was broken. I have been having a lot of nightmares recently that wake me in the night. It is coming off paleo and gorging on cheese that does it.

So I was tired.

It has also been doing a lot of this in London.

My American readers will think this is not at all shocking. Statistically, though, there are only 5 states in the US that have less rainfall per year than London, and those are the desert states, the flyover states. Still, it has been doing this for 3 days leading up to the Bushy Park Half Marathon. 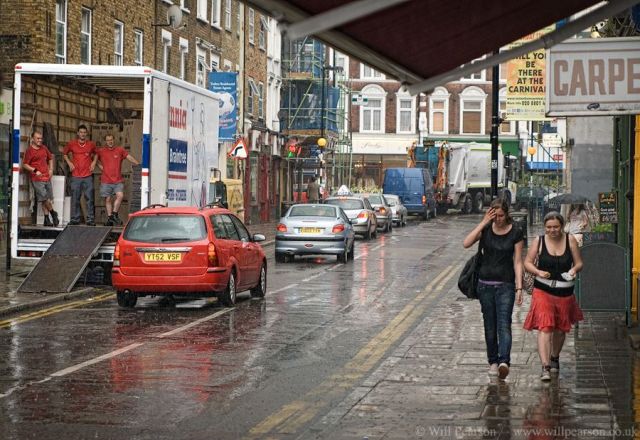 Bushy Park is a deer preserve to the south west of London. It is between Twickenham (of Rugby fame), Hampton Wick, Teddington and Hampton Court (Of Henry VIII fame). A lovely part of the country that this morning, after getting up at 6am to eat and hydrate, then walk all the way to Waterloo (of Abba fame) station, to catch a train to get me there for 830 to pick up my number and chip, looked like this…

Oh, I also had a dead left thigh from this yesterday. And my right shin and ankle are acting up. So, with tiredness, aches and pains, dehydration, and lack of food, I sensed a failure was on the cards. Finishing sub 2:20 was my only aim. 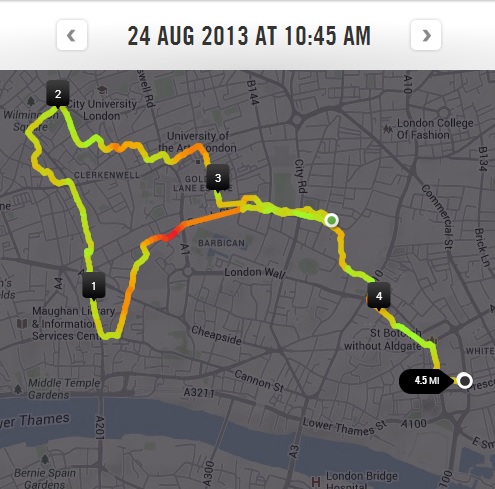 Runthrough.co.uk are a great little organiser, their motto is ‘for runners, by runners’ and I recommend their Kew Gardens race if you can make it. I cannot, unfortunately as it is a week before Berlin, but I would otherwise.

They get two solid thumbs up for me for:

sending out emails in the week before, and updates about the weather. TICK.

Not only offered medals but also t-shirts for ALL runners. TICK.

Lucozade before, during and after, as well as water. TICK.

And they seemed to be genuinely nice people.

The course was three laps around the extremities of the park. Deer were present, one of these pointy horned buggers right by the side of the path on lap 2.

It was pretty flat, but the puddles meant we were zigzagging at times, but at least it went ahead. There was also a lot of time running on grass. This, of course, slows you down, despite it being more cushioning on the knees.

As you can see, there is very little red on the map, meaning I did walk less. I could have walked even less but was saving myself a little. I paid close attention to my NIKE+ GPS Watch. As I neared the mile I was so damned close to PBs across the board. I was 29 seconds slower than my 1K PB, my mile was 26 seconds slower. As I reached the 10K point I was on for a PB but slowed on the soggy ground and missed that 2 minutes or so. I then took a toilet break and stopped my watch. With the toilet break taken out my time was 48 seconds slower than my half marathon PB. Seeing I ran yesterday, that was all pretty good don’t you think?

Now it is not a tech tee of Torbay, or the collectible joy from North Carolina, but after the downpour on the way, and being drenched with sweat during the high tempo run, this little white cotton tee was utterly perfect.It was dry, it was warm and I was so grateful for it at the end of the race.

is nice, given the recently there has been a spate of medals that just show state the name of the sponsor and not the race itself. This shows both in a nice well.

Would I run it again Probably, but I would prefer to run the Kew Gardens race instead. Good all round.


And now or something completely different.. 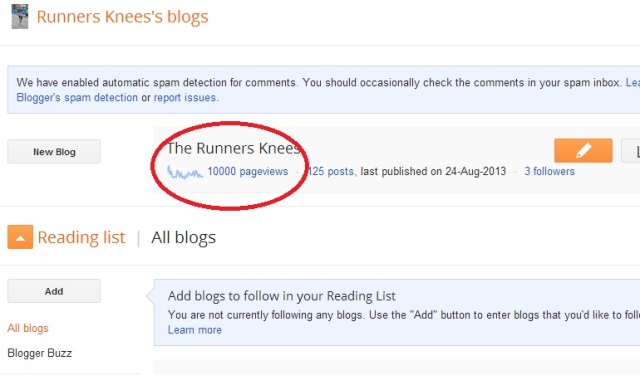