This race had been in my calendar a while and I was super excited from the moment I decide to run through Walt Disney World, Orlando, Florida. I had raced the North Carolina Half Marathon in Charlotte, around a NASCAR arena, and then in New Orleans at the Crescent City Classic. There are many Walt Disney races, half marathons, 10Ks and 10 milers all with a Disney theme and the bling is choice. 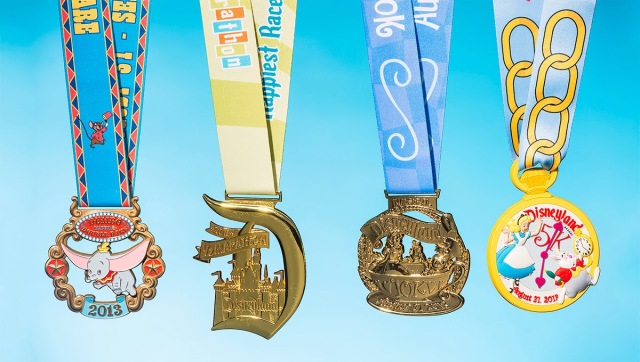 The different races have different themes and a massive, dedicated, and, dare I say a little obsessed, following. Seeing people talk about the races, these things are supposed to be amazing, so amazing this globetrotting runner took his knees all the way to Raleigh, before an 8 hour drive to Orlando for the privilege.
The Wine and Dine Half Marathon was sold to me as it included a 4 hour feast afterwards (21 foodstuffs, food and drink pairings from around the world), that allowed you to buy spectator tickets ($75) so with my own $175 ticket this was a pricey venture. Fortunately all accommodation was laid on by the parental units and their timeshare or this would have been a tricky one to explain to the accountant. So, tickets bought, all I needed to do was run it.
The race was at night, a 10pm start at ESPN Wide World of Sport Center, after going up to the finish line at EPCOT (you know, the big dome). Disney races have to be night races, as they can’t close the park. Think of all that $$$. So it was at ESPN that I collected my race pack and spectator tickets. Note, the tickets had not arrived by mail, despite Disney sending them out in plain envelopes to stop them being stolen and still, last minute, they organised a ticket pickup. Plus One Point for Disney customer service.
The race took you from ESPN along the beautifully finished streets through Animal Kingdom, Hollywood Studios, Streets of America, EPCOT and it was amazing. The map is here.

I will say this, it was 80 degree hot and humid as hell. And some of the sights I saw were astonishing. 14,000 people, all pumped up by a 2 hour prerace party, although the DJ couldn’t finish a song. I literally was in awe at some of the theme parks, having never been before. My favourite being Hollywood Studios, a main street with buildings lit from ground level to rooftops with strings of lights.
A big thing to do during this run, indeed for all the runs, is to stop and have your photo taken with Disney characters to I had to do this stopping at Lilo and Stitch… although it transpired that the woman working for Marathonfoto couldn’t get that right, and a static picture of me with the characters was lost forever.
How I did?

I was massively jet lagged, it was 10 at night and I had not slept for 3 days. It was 80 degrees in the day and humid as hell at night. I was 30 mins slower than normal. But it was a nice easy run. I took water at each station and kept a steady 10 min mile pace despite the crowds.

What I think?
The race itself was superbly organised, a great field, excellent prerace party, venue, and route. I could not ask for more. However…
Obligatory Race Photo

Now this shot is courtesy of Marathonfoto who kindly gave me it when it turned out the lady taking the photo of me standing (I said standing) with Lilo and Stitch, did not take a good enough photo. Still here it is post race.

In Summary
Would I run a Disney race again? Yes, hell YES! Absolutely! As long as it was not one with a tacked on event that was poorly run and overly priced and not worth it in the slightest. Would I recommend it? Hell, I would recommend running Disney, the bling is choice, the sights on the race route were better than any other race in the world, excluding those in London (of course). If you have kids and are here anyway, combine the two.