And so it came to pass that, after a crazy October of half marathons, the following November was filled with injuries, physiotherapy, new shoes, new kit, and no races until the Movember run in Greenwich park.

Movember, for those who do not know, is a charity that was started to raise awareness of prostate cancer. It is become very popular and you will see the gentlefolk around you growing out a moustache or a “mo” for the month of November for the charity. 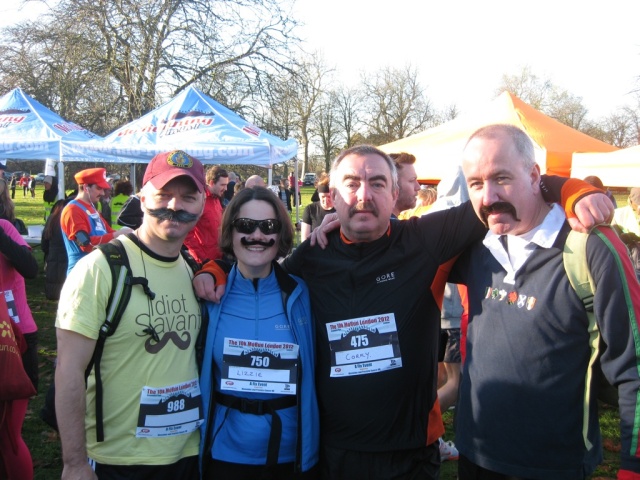 There were multiple races held this year and Twitterati and friends had already run races in Manchester, Edinburgh and Battersea, while we were heading to Greenwich. And what a fine band we made too.

The course was around the famous Greenwich Park. That is THE Greenwich, people. The G is GMT. And the meridian line and observatory are there, as well as the Cutty Sark, Maritime museum, an all around nice place. The park as a deer park, a zoo, and a food vendor called the Honest Sausage Company. Nuff said!

Now what this map does show us? Beuller, Beuller? Yes, that is right, it does show elevation. Well done to all those who worked that out. Now, looking at the map, where do you think the cruellest place to stick a couple of nasty hills would be? Anybody, anybody? Yes, the bits we have to run twice, the blue bits and the red bits.

And that is what we did. The hills you hit at 3KM and 7KM and they were real swines. I can honestly say I walked both, nearly in their entirety. Why? Well, my knee did not stand up to the test.

Suffice to say this was a little silly of me. I could sense though that there was a change in my running.

And yes, this pretty much sums it up. I was a hare for 800m and a tortoise for the next 1200m. The calf sleeves made me cramp up within the first couple of kilometers. 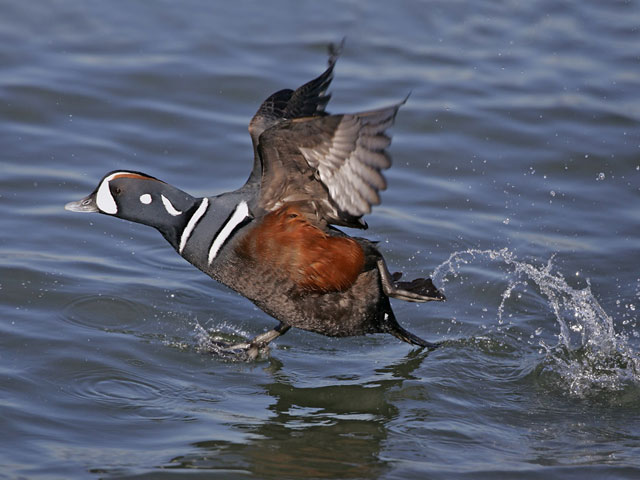 The shoes made me run like a duck, especially when running down the hills, before turning around at the bottom and climbing my way back up. 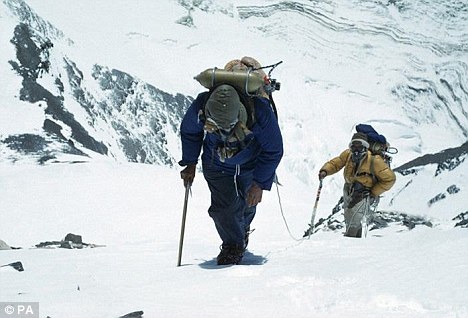 In the end I stopped half way and stripped off the tracksuit bottoms and left them with the support team with my rucksack. I literally did walk all the hills, and was crippled with cramp.

But still my time wasn’t all that bad – given the stop, the walking, the hills. I was only 8 mins over the hour, if I hadn’t stopped, and the course was flat, well, who knows.

The key factor for me was that I was finally again. It had been far too long. I shall not go for 6 weeks without running again. And we all got bling! 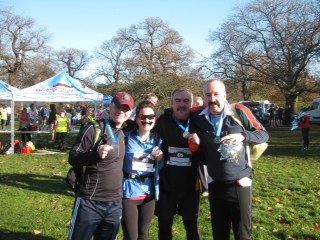 Which is actually quite nice. 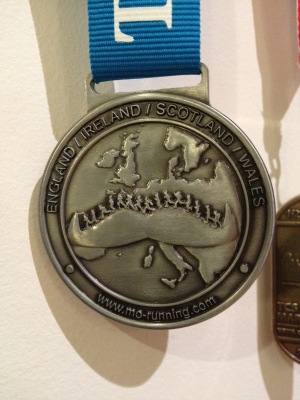 Next weekend is the last race of the year, the Kingston 10K. A flat course, without colleagues and friends, so I can focus on me and no one else. No bloody hills, and will not be wearing calf sleeves, I will be wearing my knee brace, and I will do it right. I WILL get my PB next week.